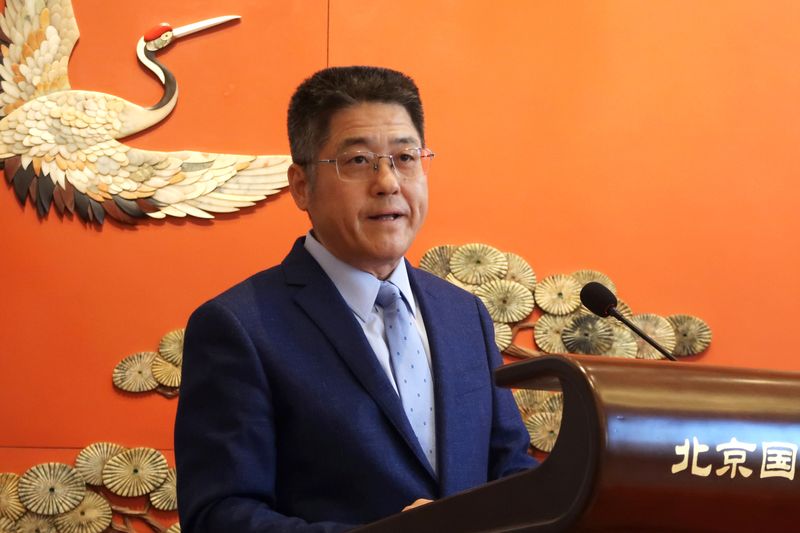 BEIJING (Reuters) – China told Russia it will continue to increase “strategic coordination” with it regardless of international volatility, the foreign ministry said in a statement on Tuesday.

Le cited the almost 30% increase in China-Russia trade in the first three months of this year as evidence of “resilience and endogenous power” of the cooperation between the two countries, according to the statement.

China has refrained from condemning Russia over Ukraine, where the United Nations has said there have been more than 2,000 civilian deaths since war started on Feb. 24.

Russia denies targeting civilians in what it calls a “special operation”.