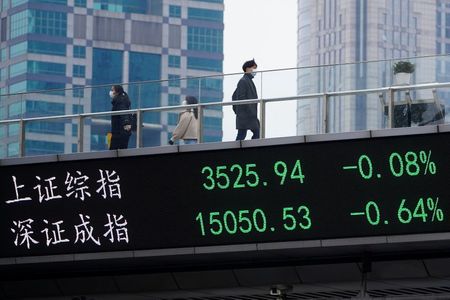 The Shanghai-listed company plans to sell 5% to 10% of its stock in the listing, which could take place as soon as the third quarter of this year, one of the people said.

The people declined to be identified as the information is not yet public. China Tourism did not respond to a request for comment on the size of the deal.

China Tourism, which Refinitiv data showed has market capitalisation of 577.9 billion yuan ($89.43 billion), filed for the listing with the Hong Kong bourse late on Friday.

At $7 billion, the listing would be Hong Kong’s largest in nearly two years since Alibaba Group Holding Ltd raised $12.9 billion in November 2019.

The listing would also exceed the initial public offering of Kuaishou Technology – the largest in Hong Kong this year – which raised $6.2 billion in January.

In its filing, China Tourism said it was China’s only retail operator to cover all duty free channels – such as sales at airports and on cruise ships. It said it has 188 stores in 90 cities plus six outlets in Hong Kong, Macau and Cambodia.