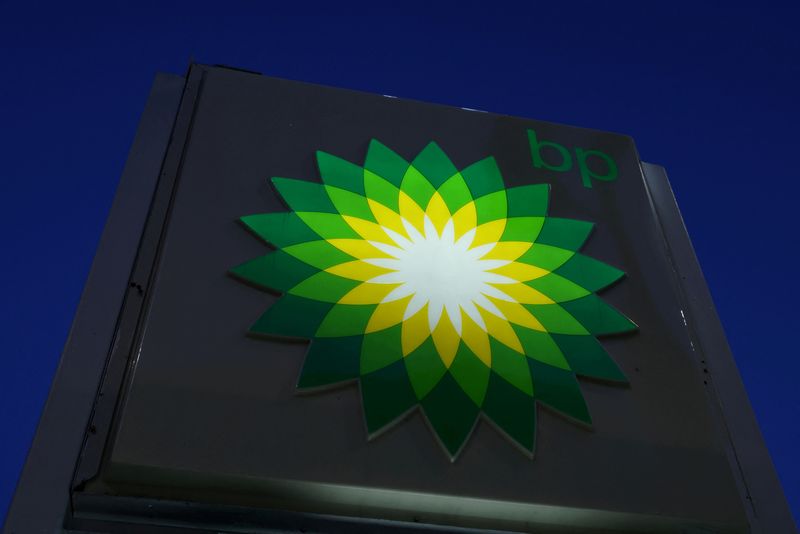 LAUNCESTON, Australia (Reuters) -BP’s decision to abandon its stake in oil giant Rosneft is the first high-profile example of the self-sanctioning by companies of their business links to Russia, a process likely to have major short- and long-term implications for energy markets.

BP’s dramatic exit of its 19.75% share of Rosneft could cost the London-listed oil major as much as $25 billion, a hefty price to pay in order to be seen to be doing the right thing in response to Russia’s invasion of neighbouring Ukraine.

“I have been deeply shocked and saddened by the situation unfolding in Ukraine and my heart goes out to everyone affected. It has caused us to fundamentally rethink BP’s position with Rosneft,” BP Chief Executive Bernard Looney said.

BP’s severing of three decades of ties to Russia puts the pressure on other Western oil majors to reconsider their business links as well.

These include Shell, which owns 27.5% of the Sakhalin-2 liquefied natural gas (LNG) plant on Russia’s Pacific island of Sakhalin, and France’s TotalEnergies, which as a 19.4% stake in Novatek, a 20% interest in the Yamal LNG venture and 21.6% in the Arctic LNG 2 project.

If other Western companies seek to exit their Russian operations, the ramifications are likely to be significant.

The short-term implications are that those Western companies will likely no longer lift cargoes of crude oil and LNG from these operations.

This means they won’t buy, trade or transport the volumes that they had in the past.

This doesn’t necessarily mean that the crude and LNG won’t be sold or delivered, but it will make it harder for the Russian companies involved to market and sell the cargoes that used to be taken by the Western oil majors.

Add in the removal of some Russian banks from the SWIFT international payment system and the trade in Russian crude and LNG cargoes has just become substantially more tricky.

It doesn’t really matter that the Western sanctions against Russia, its President Vladimir Putin and his inner circle, specifically don’t target energy commodities, as the majority of trading houses, refineries, utilities, shippers, banks and insurers are likely to conclude that doing business with Russia under the current circumstances is too risky.

And even if companies do try to continue to trade with Russia, the process is likely to be more complicated.

This means that export volumes are likely to be lower as it takes longer to arrange cargoes, and in order to incentivise companies to continue doing business with Russia, the price of its crude and LNG, and also likely coal, is going to have to be substantially below alternatives.

The longer-term implications for Russia’s energy exports are also profound.

On the surface it may seem virtually impossible for the world to get by without the country that produces 10% of global crude oil and supplies 40% of Europe’s natural gas, and it’s unlikely that Russia’s exports of energy will drop to zero.

But over time buyers will likely try to shift away from Russian supplies, especially those in Western countries.

Crude oil flows are likely to be adjusted over time, with countries that are ambivalent about Russia’s invasion of Ukraine, such as China and India, likely to buy more Russian oil, but only if the price is right.

Russian LNG and pipeline natural gas may be harder to replace in the short or even the medium term.

But Putin’s aggression has probably served as a major wake-up call to European leaders, who will likely seek short-term solutions such as buying more LNG from the spot market, trying to boost domestic natural gas output and even postponing the retirement of coal-fired and nuclear generation.

Over time higher investment in renewables and battery storage will help to cut reliance on Russian gas.

The point is that Putin’s invasion has likely kick-started a process that won’t be stopped, even if Russia halts its military actions in Ukraine, withdraws its troops and seeks some sort of diplomatic solution.

The changes that are coming to Russia’s energy exports are likely structural, and may see Moscow becoming increasingly reliant on a handful of major buyers who don’t mind dealing with an authoritarian and likely unstable regime.

The opinions expressed here are those of the author, a columnist for Reuters.