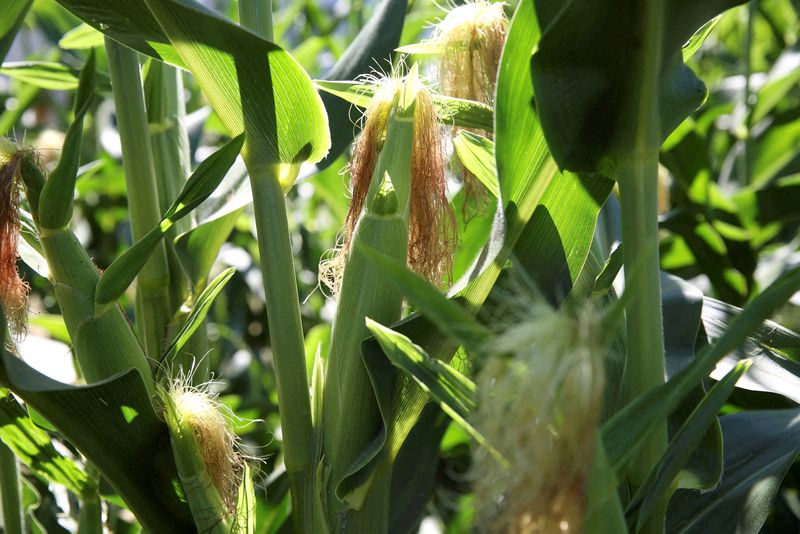 FORT COLLINS, Colo. (Reuters) -Chicago grain and oilseed futures made a huge run early last week as tensions rapidly escalated between Russia and Ukraine, but it did not excite already-bullish speculators as much as it may have seemed.

Russia launched a full-scale invasion of Ukraine early on Thursday, sending corn futures to multi-month highs, soybeans to multi-year highs and wheat futures to multi-decade highs. But the market ended the week on a much different note, and the possible degree and future of that selloff remains unclear as the crisis deepens.

Commodity funds were expected to have bought 133,000 total CBOT futures contracts during the four-session week through Feb. 22 across corn, wheat, soybeans and products. Including options, actual buying was just under half those levels.

However, speculators’ combined net long in CBOT grain futures and options, including K.C. and Minneapolis wheat, reached the highest levels since May as of Feb. 22.

Funds’ soybean buying was by far the most misjudged in the week ended Feb. 22, which had been pegged by trade estimates at 44,500 futures contracts after most-active soybeans jumped more than 5%.

Data from the U.S. Commodity Futures Trading Commission on Friday showed money managers’ net long up less than 5,000 on the week to 180,334 soybean futures and options contracts, their most optimistic view since the end of 2020.

Money managers as of Feb. 22 forged their most bullish soybean meal view since June 2018, of 90,417 futures and options contracts versus 89,170 a week earlier. Futures had risen a relatively modest 2.7% for the period.

Funds’ corn and wheat buying was closer to expectations but still light considering the moves. CBOT wheat futures surged 9.3% in the four sessions ending Feb. 22, coinciding with a 16,600-contract reduction in the managed money net short, which fell to 18,053 futures and options contracts.

In corn, money managers added about 29,000 futures and options contracts through Feb. 22, mostly on new longs, resulting in a net long of 354,436 contracts. Index traders reduced their total number of contracts in corn, soybeans and wheat, in line with seasonal trends.

CBOT grain and oilseeds plunged on Friday, but the contrast of the previous day’s surge complicates the assessment of market mood and whether the selling will continue.

Trade estimates suggest that across CBOT corn, wheat, soybeans and products, commodity funds sold a combined 5,000 futures contracts. But that might be light due to Thursday’s large volumes and massive move off the highs in corn and soybeans, and wheat’s limit-down Friday.

Karen Braun is a market analyst for Reuters, and views expressed above are her own.