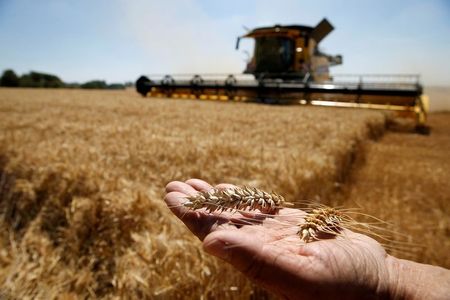 Prices of agricultural commodities have risen sharply, a trend contributing to increased first-half profits reported by LDC, but remain well below peaks seen a decade ago, Michael Gelchie said.

“Unlike in 2010-2011, we’re likely in store for a period of elevated volatility,” Gelchie told Reuters in a telephone interview.

Continued waves of COVID-19, shipping congestion and question marks over when the U.S. Federal Reserve will start tapering monetary support were all fuelling volatility, he said.

“We still haven’t necessarily seen a normalisation of the supply chain,” Gelchie said.

A broader surge in commodity and energy prices also reflected a shift towards a low-carbon economy, given that “the infrastructure to support that costs money,” he added.

LCD, one of the world’s larggest agricultural commodity merchants, earlier on Tuesday announced a sharp rise in first-half profit, supported by higher prices and strong demand for staple crops.

Gelchie declined to comment on the group’s prospects for the rest of the year, noting that prices remained high and crush margins for oilseeds strong.

The improved results further ease financial pressure on LDC after it completed this month the sale of a stake to Abu Dhabi holding firm ADQ, bringing in the first non-family shareholder in the agricultural commodity group’s 170-year history.

The deal with LDC also involves a plan to supply food commodities to the United Arab Emirates.