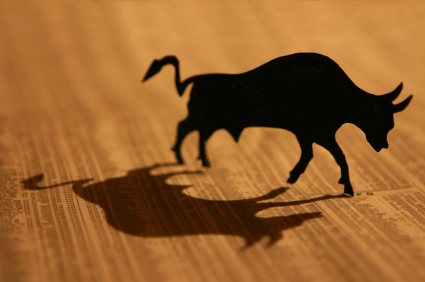 The major U.S. equity indexes are expected to open sharply higher on the back of strong earnings from UnitedHealth Group and Johnson & Johnson. Shortly before the cash market opening, the blue chip Dow Jones Industrial Average is trading about 180 points higher. The benchmark S&P 500 Index and the technology-based NASDAQ Composite are also posting solid gain in the pre-market session.

The biggest surprise today was the strong earnings report from UnitedHealth. Shares jumped nearly 3% after the company reported better-than expected earnings and revenue. The company also raised its earnings guidance for the full year.

The largest U.S. health insurer’s results were driven by strength in its Optum unit, as well as a rise in memberships for its health plans.

Mounting legal costs weighed on the company’s first quarter profits, which dropped 14% as it fights thousands of lawsuits over its talc baby powder.

J&J reported first-quarter net income of $3.75 billion, or $1.39 per share, down 14% from $4.37 billion, or $1.60 per share a year earlier. When adjusted, J&J earned $2.10 per share, above the $2.03 per share expected by analysts surveyed by Refintiv. The company said that more than half of its revenue came from prescription drug sales, which rose by more than 4%.

Bank of America shares are expected to open the cash market lower despite the company reporting record profits. The bank said first-quarter profit rose 6% to $7.3 billion, or 70 cents a share, exceeding analysts’ estimate of 66 cents a share. Revenue was roughly unchanged from a year earlier at $23 billion, essentially meeting analysts’ estimates.

“The economy is expected to grow more moderately in 2019 and rate expectations have been lowered, plus we have some reasonable headwinds in Q2,” Donofrio said.

Despite earlier warnings of the worst earnings season since 2016, the corporate earnings season is off to a strong start. Nearly 84% of the S&P 500 companies that have reported so far have beaten analyst earnings expectations, FactSet data shows.