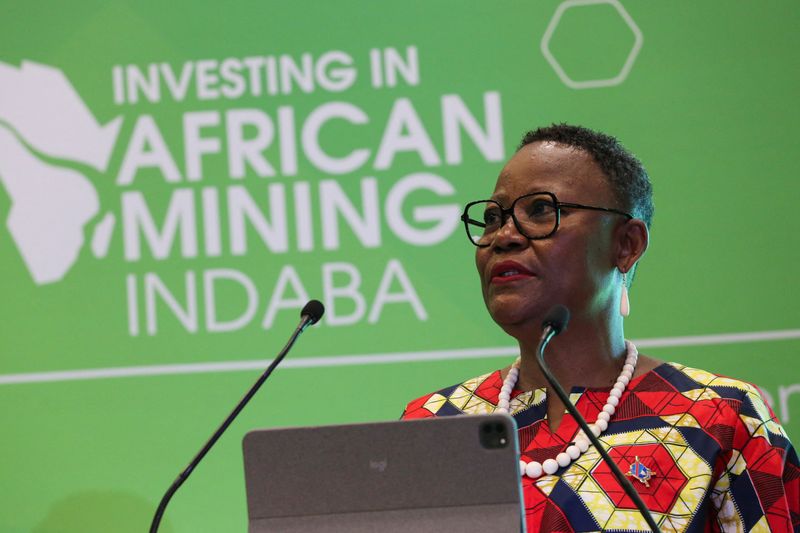 EGC was created to buy, process and market artisanal cobalt by government decree in December 2019 and officially launched on March 31 last year, but has yet to purchase any cobalt ore.

Artisanal miners, who dig cobalt with rudimentary means, are the world’s second largest source of the metal used in electric vehicle batteries after the Congo’s industrial mines.

A unit of state mining company Gecamines, EGC’s operations have stalled due to infighting between government departments, leadership change at Gecamines, and the challenge of securing access to a viable artisanal site to buy from.

Asked for her view on EGC, Kalambayi said: “I wouldn’t say I am for or against, but one thing is certain: we gave the monopoly to Entreprise Generale du Cobalt (EGC), and that is a violation of the laws of the Republic.”

The mines minister does not seek to dissolve EGC, but merely to cancel the legal monopoly it has, she said, so that all companies can compete to buy artisanal cobalt.

EGC did not immediately respond to an emailed request for comment on the minister’s remarks.

Speaking on the sidelines of the Mining Indaba conference in Cape Town, Kalambayi said the move to cancel the decree would be reviewed by the Congo’s ministerial council and by the prime minister. She did not give a timeline.

Bringing artisanal mining into the formal economy is a headache for the government and for industrial cobalt mines, many of which have artisanal miners digging illegally on their concessions.

Kalambayi said Congolese law allows industrial mines to cede a part of their licence to artisanal miners, and that she was supportive of companies working to formalise the sector.

“Formalisation is a priority for me, because the Republic is losing out,” Kalambayi said, not only in terms of unclaimed tax but also in terms of mined product that gets smuggled out.

In Congo, artisanal digging is only legal on a “Zone d’Exploitation Artisanale” – artisanal mining zone – but in practice it frequently occurs elsewhere, as there are not enough ZEAs that have viable deposits.

Asked about vested interests in the artisanal mining sector – in which some politicians own or benefit from artisanal mining cooperatives – Kalambayi said: “We are restructuring all of that”.

A spokesperson for commodities trader Trafigura, which signed a supply deal with EGC in November 2020 and last year loaned the company $5 million against delivery of cobalt in hydroxide, said it does not usually comment on statements made by ministers.

“How the DRC Government decides to formalise the artisanal sector is a matter for them, but we are committed to play our full part in helping to make this happen,” the spokesperson said.

Artisanal production is likely to account for up to 30% of Congo’s cobalt exports this year, Trafigura estimates.