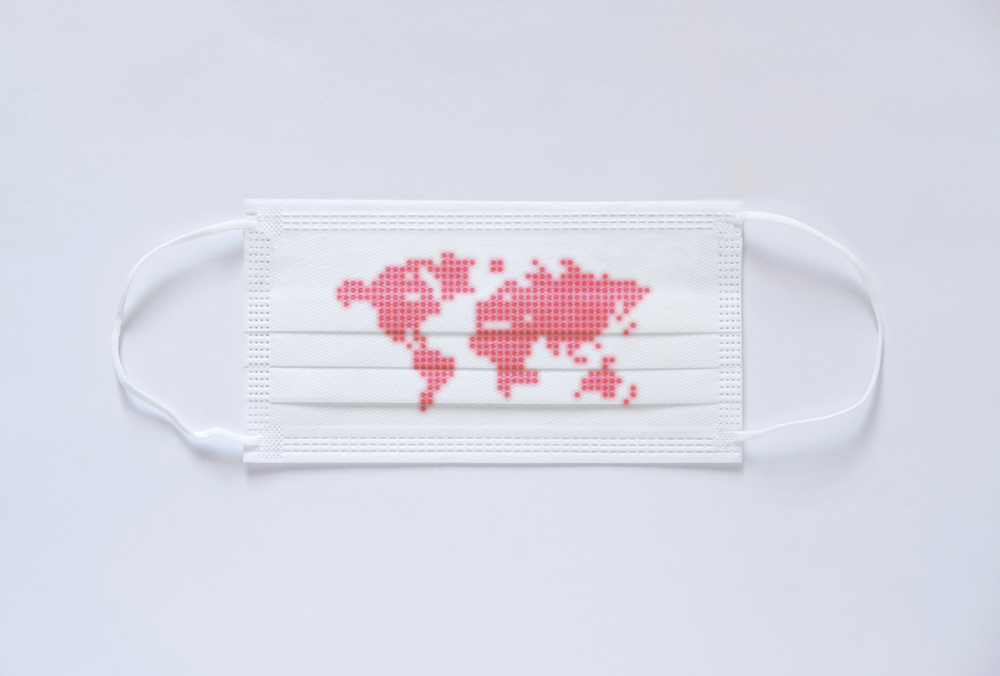 COVID-19 continued to spread over the weekend, with the total number of COVID-19 cases standing at 54,328,752 at the time of writing.

Things also continue to be bleak across Europe, with France nearing 2 million cases after having overtaken both Italy and Spain.

With the winter months rapidly approaching, the race towards an effective COVID-19 vaccine has intensified.

For the U.S, the headline figure will likely get far worse before any effective vaccine is widely available. The outgoing administration continues to leave the economy open, in spite of new daily cases sitting at record highs.

As a result, market sentiment and updates from the pharmas on when a vaccine is likely to be available remain key to risk sentiment.

Pharmaceutical companies in the race to deliver an effective COVID-19 vaccine are vast in number. Some have progressed more than others, however, and are therefore of greater interest to governments and the global financial markets.

The companies are shown in the chart below: 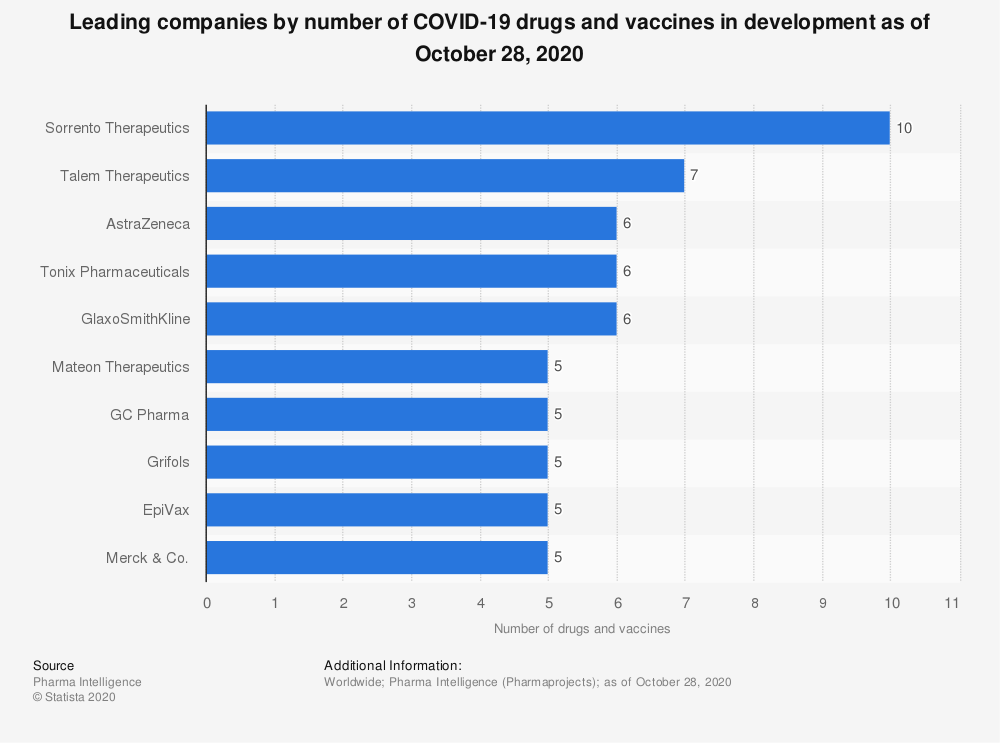 While the companies listed above were trialing 60 different drugs and vaccines. There are many more in trial phases, however. As at 12th November, 670 drugs and vaccines were reportedly in development, targeting the coronavirus.

The figures are made available by statista.com and Pharma Intelligence.

Looking at the top 10 companies listed above and a few more in more detail:

Johnson & Johnson: Listed on the NYSE (“JNJ”) and headquartered in New Jersey, USA.

Mateon Therapeutics: Listed on OTCMKTS (“MATN”) and headquartered in California.

Medicago: and is headquartered in Quebec, Canada.

Moderna Inc.: Listed on the NASDAQ (“MRNA”) and headquartered in Cambridge, Massachusetts, USA.

Novavax: Listed on the NASDAQ (“NVAX”) and headquartered in Gaithersburg, Maryland, USA.

Sorrento Therapeutics: Listed on the NASDAQ (“SRNE”) and headquartered in California. Currently trailing many of the front runners in the race for an effective vaccine.

Tonix Pharmaceuticals: Listed on the NASDAQ (“TNXP”) and headquartered in New Jersey.

AstraZeneca: Listed on the London Stock Exchange (“AZN”) and headquartered in Cambridge, England and Sodertalje, Sweden.

GlaxoSmithKline: Listed on the London Stock Exchange (“GSK”) and headquartered in Brentford, England.

Sanofi: Listed on the CAC40 (“SAN”) and headquartered in Paris, France.

As indicated above, the U.S pharmas make up the lion’s share of companies in the race to deliver a COVID-19 vaccine.

As the week wore on, however, greater awareness led to some apprehension over what lies ahead.

While Pfizer announced an efficacy rate of more than 90%, there are a number of other important considerations. As importantly, there is also some way to go before an effective vaccine is available worldwide.

In addition to efficacy rates, other considerations include:

So, as clinical trial data begins to hit the news wires, the markets will also need to begin focusing on the other considerations. For emergency approvals to be given by the likes of the FDA, safety requirements must be met as a minimum.

While Pfizer Inc. and BioNTech SE are currently out in front, a number of other pharmas are likely to release results imminently.

The World Health Organization has listed more than 200 vaccines in the works, with 48 currently in clinical evaluation. The WHO’s overview of COVID-19 candidate vaccines is available to download here.

We can expect plenty of updates in the coming weeks and we will see plenty of movement in the respective stocks.

Pharmas trailing, in the event of further positive news, will likely come under further pressure.