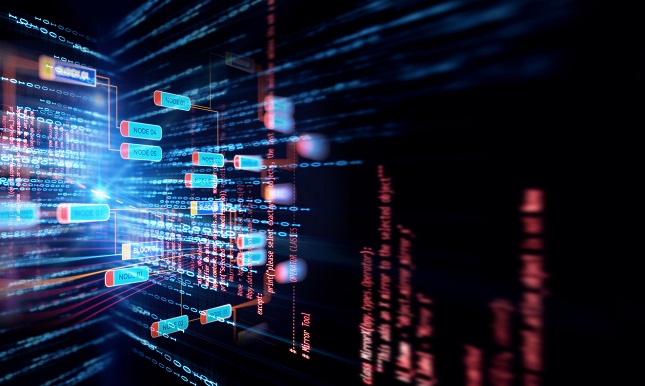 Financial markets are becoming more and more focused on cryptocurrency trading. The value of Bitcoin, the most well-known of all cryptocurrencies, is continuing its surge from early in the year. Many other digital coins are also experiencing bullish trends, with Ethereum increasing by nearly 4000% in value since January. And it’s not just forex traders and investors who are keeping their eyes focussed on cryptocurrencies. Regulators and central banks have started to take a serious look at this revolutionary new monetary system, writes Nikola Grozdanovic, FXTM’s senior staff writer.

The International Monetary Fund (IMF) has issued a recent report, strongly hinting that banks need to start aligning their products with today’s financial technology, in order to meet the increasing demands of their consumers. Some central banks have already started to embrace cryptocurrencies as an alternate to physical money.

Leading the way is The People’s Bank of China (PBoC), who reportedly have their own digital currency in post-development. At the same time, news from Bloomberg on 4 September reports that China has declared Initial Coin Offerings (ICOs) illegal and disruptive to its financial order. ICOs are a half-crowdfunded, half-public offering, a source for start-ups to transact cryptocurrencies while bypassing rigorous regulations, and this latest news suggests that China wants to keep a stranglehold on the cryptocurrency rise until it irons out all the regulatory issues around it. Cryptocurrencies did not respond positively to China’s ICO ban news and as the time of this writing, Bitcoin trades at $3904, below the support of $4000, Ethereum trades at 273.84, down 6.83%.

Meanwhile, Russia’s First Deputy Prime Minister Igor Shuvalov is on record supporting the development of a national cryptocurrency, saying that the Bank of Russia should adopt a similar stance as the PBoC. The country has already started investigating the viability of a blockchain system for its national bank, in hopes that a national cryptocurrency will open trading doors with Europe. Olga Skorobogatova, the Banks’ Deputy Chief, even shared her hopes of a possible joint effort with EU’s trading Bloc to assess applications for blockchain.

But during all those discussions and assessments, Europe and Russia could lose the national currency race to an unlikely challenger in Estonia. Since 2014, the country has been nurturing foreign start-up founders, and the result is a digital, regulated, network that spans the entire globe. It includes over 22,000 members, and it would readily support the introduction of a national cryptocurrency. Dubbed ‘Estcoin’, the country’s planned national digital coin could be scheduled for circulation through an ICO.

The ascendancy of cryptocurrencies on a national scale opens the doors to a lot of possibilities, not just more agile trading paths. For example, Kenya’s M-PESA (a mobile-based money transfer system) has been widely used for 10 years. Those familiar with this modern monetary system are primed for embracing the cryptocurrency boom; as shown in the fact that one in three M-PESA users had a Bitcoin wallet by 2016. This goes to show that for the massive chunk of the world’s population who have limited online access, cryptocurrencies offer an attractive alternative.

National cryptocurrencies will also impact the way assets like properties and businesses are transferred. As things stand now, contracts using Bitcoin are created quickly and require no trusted third parties to mitigate the transactions. If the same method is applied to national cryptocurrencies, large resources will be transferred between countries more quickly and cheaply. The application of blockchain technology will reduce the risk of identity theft as well since merchants are not privy to buyers’ personal information during the transaction’s flow (as opposed to credit cards).

As cryptocurrencies move towards fiat status, and currency markets continue to nurture the rise of cryptocurrency trading, investors are faced with a fascinating alternative to the status quo. It’s still not clear how the digital coins that are regulated by central banks will differ from the decentralized ones like the Bitcoins and Ethers available today, which are not disrupted by exchange rate fluctuation or geopolitical shake-ups (for the most part). But, the global interest in national cryptocurrencies hints of big changes on the horizon. Regardless of how

Regardless of how centralized or volatile they will potentially be, they will become increasingly available on the international platform and this is good news for countries that rely on imports and central banks who are eager to ramp up trading opportunities and increase economic growth.