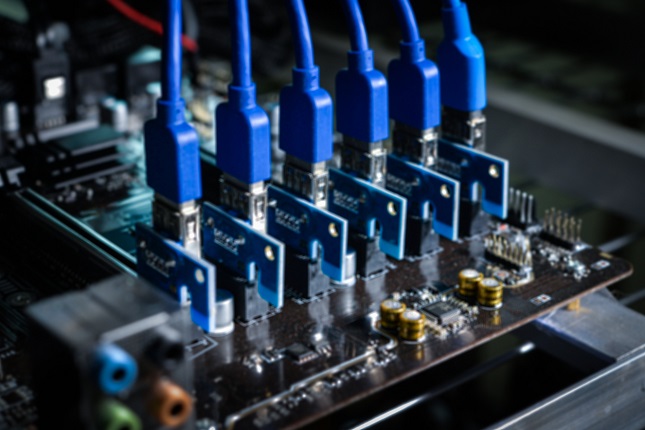 Apart from their major goal, which is creating a new digital coin, cryptocurrency developers have a few minor ones, too. Those could be creating a whole new transaction processing model with high-speed execution and minimum fees, or a higher level of payment security, regardless of the amount. This could also be financial transaction privacy, being a very important feature for investors nowadays. Every such minor goal deserves special attention.

When it comes to promising cryptocurrencies, the key factor is innovation, that being a new technology or a unique approach that is not typical for the money market. The return one can get with such cryptocurrencies has not arrived in the maximum yet, as the potential is still quite high, although one has got to take a broad-minded approach to see that potential.

Since digital currencies are closely related to IT development, let’s talk tech innovation first. In this regard, the best example is Monero. It is not a carbon copy of Bitcoin, being an independent cryptocurrency, while its developers also focus on privacy and anonymity. All transactions run based on the CryptoNote protocol, with the code using one-time keys and ring signatures. Monero is already used as a virtual currency on the web, which is a substantial advantage.

Another good example is IOTA. Its developers’ goal was to create a whole new space on the web, the one they called the Internet of Things. IOTA code enables deeper communication on the web through various devices. The digital currency itself serves as ‘crypto token’ that enables transactions on the Internet of Things. The source code is based on Tangle, which both accelerates payment processing and allows users to avoid paying fees or commissions.

Cryptocurrency code may be both closed source and open source. This does not mean that open source digital currencies are not secure, this is just yet another approach to it. NEM, a Japanese cryptocurrency, can serve as a good example here, as its open source may enable various kinds of useful modifications going forward. NEM is based on the Proof Of Importance(POI) algorithm, which is among the top three. This is quite a new algorithm at the same time, allowing you to leverage new methods to protect the system from hacks and unauthorized blockchain changes.

All the above cryptocurrencies can, of course, take the lead in the future. Their price ranges from $47 per unit (Monero) to $0.70 and $1.20 in case of NEM and IOTA. With more innovative development, the demand for these digital coins will be going up.

Cryptocurrency developers are also quite focused on payment processing models. This is actually how Ripple was introduced. Ripple is not just yet another digital coin, being a whole-new fully functional payment system. It is based on a unique transaction processing protocol that enhances security, enables instant conversion with a low commission, and facilitates nearly unlimited transaction volume. Ripple also leverages distribution registers, which means a lot of room for development for this algorithm. Global banks have already taken notice on Ripple, which means this digital currency is not just promising, but a lot more.

The above cryptocurrencies are just starting to gain popularity. Their price is not that high, although their potential, both regarding the technology they are based on and the approach towards financial transactions they use, is great. There will be no wonder if we witness these coins skyrocket sometime in the future. However, we cannot ignore digital currencies that are taking the lead right now, such as Bitcoin and Ethereum, that have been, until recently, the only ones known to the general public.

Bitcoin was introduced in 2009 as an alternative to regular money. The traditional financial system has a big drawback, as it is managed according to the interests of big players. This is how all central banks work. Bitcoin has become one of the first steps to change this, as it is decentralized, unregulated, and does not suffer from inflation. Does it have even more potential for the future? Of course, it does.

However, Ethereum is even more promising than Bitcoin. Ether is open source, which simplifies the way the blockchain works, while the information it provides cannot be used for legal purposes. An alternative ‘smart contract’ legal model is in place here, which actually could also be used in other areas, not only in cryptocurrencies.

Even if we assume the cryptocurrency market is a bubble that, when overinflated, will burst, we cannot deny the obvious. The amazing technologies developed recently, from great throughput of 3,000 transactions a second all the way to the utmost security and whole new data storing solutions, will be here to stay.