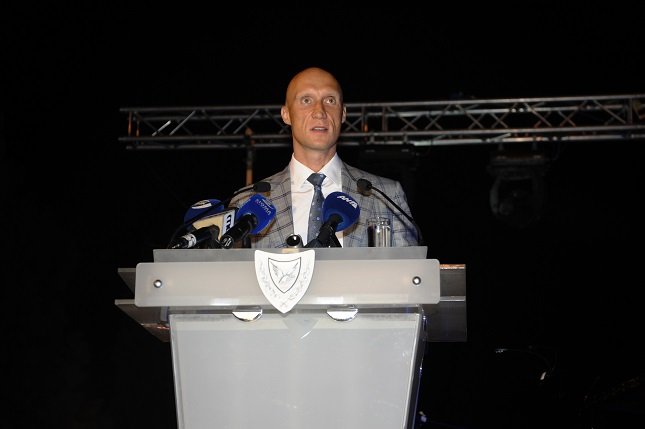 The Republic of Cyprus successfully overcame the consequences of the 2013 global debt crisis. Today, we will discuss Cyprus’ prospects for economic development, its key growth areas and its revival as a financial centre in an interview with Andrey Dashin, the owner of the renowned brokerage companies, FXTM and Alpari.

You’ve been living in Cyprus for quite a while now. Was moving here your heart’s decision, or was it for business reasons?

A few years ago, I chose Cyprus as the ideal place to both live and work for several reasons. As far as work is concerned, Cyprus boasts one of the most developed financial infrastructures in the European Union. From here, I’m able to effectively monitor the activities of my businesses internationally. Moreover, the bulk of my company’s (Alpari & FXTM) operations are mainly executed from Cyprus. As for living here, Cyprus is one of the most environmentally friendly countries in Europe and therefore a great place for me to raise my children.

Do you see Cyprus being revived as an international business centre in the near future?

Since Cyprus successfully dealt with the consequences of the global debt crisis in 2013, the island’s economy has opened itself to new opportunities for development.

I’ve always been convinced that Cyprus has a lot of potential, and now I firmly believe that it has a bright future ahead of it.

This country will eventually regain its credibility and neutralise the negative consequences of the crisis.

Because of this, the revival of Cyprus as a major international business centre is more than a mere possibility. However, in order to do this, it’s of paramount importance to restore Cyprus’ standing as a centre for financial services and to address the country’s most systemic economic problem; bureaucracy. As we all know, businesses operate at a high pace, with no time for waiting. In this regard, long confirmation periods are a hindrance to attracting investors back to Cyprus.

How do you rate Cyprus’ economic situation at this particular moment in time?

The island has already weathered the worst of the crisis, and is gradually regaining lost ground. It’s worth noting that Cyprus was one of the first countries in the Eurozone to beat deflation in 2016. Nevertheless, it remains one of the Eurozone’s leading debtors, with government debt exceeding 8% of GDP. Still, Cyprus is in a position to service this debt given that the country avoided a large-scale collapse of its banking system, thanks to the skillful actions of the Cypriot authorities and their rich experience in carrying out financial operations. Today, businesses continue to show a willingness to open offices here and it’s a definite step in the right direction.

What are the key growth areas for Cyprus as you see it?

Let us first recount the recent history of the island. During the period from 1990 to 2004, international investment transformed Cyprus from a large fishing village into a major international bank.

Cyprus’ geographical location, along with its tax policies and business climate, make it the perfect place for businesses and investors looking to enter the European market, and for European businesses looking to expand into international markets.

Of course, Cyprus’ accession to the European Union in 2004 has had a huge effect on their economy. Joining the EU provided the island nation with vastly increased opportunities for carrying out financial operations as well as for attracting additional investment.

The positive changes that have been brought about in Cyprus’ economy are clear to see for anyone who lives on or regularly visits the island. The most obvious changes can be seen in the financial services, renewable energy sources, offshore oil and gas extraction, shipping, logistics, and, of course, tourism. The prediction I made in 2013 is slowly coming true. Back then, I said that Cyprus would restore its status as an international financial centre by 2018.

In my opinion, stable economic growth, which Cyprus has been enjoying in recent times, as well as stability in a country’s financial infrastructure, increasingly attracts the attention of players in the global Forex industry. Moreover, such tendencies will only gain momentum as time goes on.