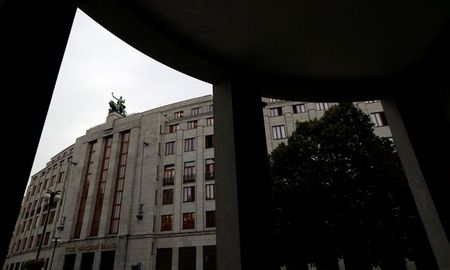 Speaking to Reuters in an interview conducted on Monday, Holub struck an overall hawkish tone, also saying the debate on whether to move by 25 or 50 bps could be repeated in November. The central bank last raised its main rate by more than 25 basis points in December 1997.

Holub said monetary tightening would likely continue into 2022, a view reinforced by last month’s sharp spike in inflation and signs of further price pressures ahead.

Central Europe has been grappling with stronger inflationary pressures than some other European countries. Economies in the region have faced tight labour markets and solid post-pandemic demand as well as external factors like rising energy costs and global supply crunches.

Holub said he had already considered voting for a 50 basis point increase last month and would likely support the bigger move at the September meeting, noting that inflation overshot the central bank’s forecast significantly in both July and August.

“For me, it has quite visibly tilted towards not only the need to continue with rate hikes at each following meeting, but also the need to insert some stronger step,” Holub said.

“It is quite likely that I will lean towards that already now, in September,” he said.

Headline inflation accelerated to 4.1% year-on-year in August, its highest since 2008. It was also a full percentage point above the central bank’s forecast and double its official 2% target.

Producer prices (PPI) rose by 9.3% year-on-year in August, the fastest growth since April 1993.

Holub said he expected the debate on the size of a hike to continue at the November meeting, adding he was “open” to the possibility of another 50 basis point increase then.

“If the new (staff forecast due in November) shows the need to make one more stronger step, then I will be certainly open to such a debate,” Holub said.

“The rates are still low nominally, and even lower in real terms, so from my perspective probably even the debate at the November meeting can be more about a quarter or a half (percentage point move),” he said.

Several central banks around the world have embarked on a monetary tightening path as their economies rebounded from the COVID-19 pandemic, including those in Hungary, Iceland or South Korea. A Reuters poll showed Norway’s central bank would likely join that camp with a rate hike on Sept. 23.

Financial markets are expecting the Czech repo rate to rise by around 100 basis points by the end of the year, forward contracts showed. Holub said such bets were “not irrational”.

“I think the market has basically understood the situation adequately,” he said.

There are three more policy meetings scheduled this year, including the one due to take place on Sept. 30.