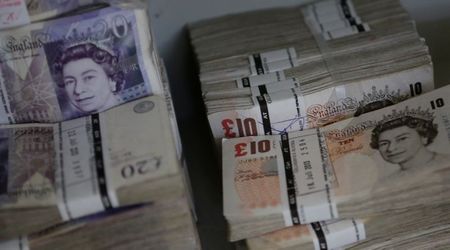 The U.S. Federal Reserve surprised some market participants last week by signalling that it would raise interest rates and end emergency bond-buying sooner than expected – prompting the dollar to rise and riskier currencies to lose out.

The pound hit a two-month low of $1.37865 early on Monday, recovered later in the session, then dipped back down again on Tuesday.

Michael Hewson, chief market analyst at CMC Markets, said that he expected the pound to remain driven by the dollar until the Bank of England meeting on Thursday, where a hawkish tone could serve as a catalyst for a move higher.

“Where the Fed leads, generally other central banks follow … Ultimately I think the Bank of England will follow in the footsteps of the Fed,” he said.

Investors are focused the reopening plans, after the full easing of lockdown was delayed in England by a month due to the more infectious Delta variant of COVID-19.

Hewson said he remained bullish on the pound over the longer term, projecting it to head towards $1.45 over the next 6-12 months, because the delay in reopening did not change the fact that Britain was on the path to economic recovery.

British Health Minister Matt Hancock suggested that England’s lockdown could fully end as planned on July 19 because a recent rise in cases is not resulting in deaths.

“Although the pandemic is far from over, and potential new variants that render the current generation of vaccines ineffective present a serious risk, recent virus and vaccine developments support our positive economic outlook for the UK and other advanced economies,” Kallum Pickering, senior economist at Berenberg wrote in a note to clients.

Analysts expect no changes to policy after the BoE last month said it would slightly slow the weekly pace of its bond purchases.

British manufacturers expect to raise their prices at the fastest pace in nearly 40 years, according to a survey which adds to signs of growing inflation pressures.

The dispute between the European Union and Britain over post-Brexit trading arrangements in Northern Ireland continued to have limited impact on the pound.