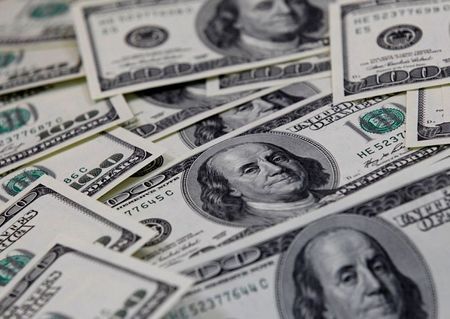 Several Fed officials have suggested the U.S. central bank could reduce its buying of debt securities by the end of the year, but said an eventual interest rate hike would not happen for some time.

The Fed will hold a two-day monetary policy meeting next week, with investors keen to find out whether a tapering announcement will be made.

Tapering tends to benefit the dollar as it suggests the Fed is one step closer toward tighter monetary policy. It also means the central bank will be buying fewer debt assets, effectively reducing the number of dollars in circulation.

August’s core CPI rise was also the smallest gain since February and followed a 0.3% rise in July. The so-called core CPI increased 4.0% on a year-on-year basis after gaining 4.3% in July.

“The softer inflation prints caused investors to push back on bets that the Fed could move sooner to taper bond purchases. Easing inflation would take the heat off the Fed to move prematurely,” said Fiona Cincotta, senior financial markets analyst at City Index.

“So the evidence does appear to be building that peak inflation has passed. That said, supply chain bottlenecks are expected to persist for a while so it’s unlikely that either PPI or CPI will drop dramatically or rapidly,” Cincotta added.

In afternoon trading, the dollar index was slightly down at 92.601, moving away from a more than a two-week high on Monday.

Risk appetite soured on Tuesday as well, with Wall Street shares down while U.S. Treasury prices were up sharply, pushing yields lower.

Investors looked past decelerating inflation and focused on uncertainties about U.S. growth now clouded by the economic impact of the Delta variant.

In other currencies, the Australian dollar fell to a two-week low after Reserve Bank of Australia Governor Philip Lowe painted a very dovish policy outlook with no rate hikes on the horizon until 2024.

(Reporting by Gertrude Chavez-Dreyfuss in New York; Additional reporting by Saikat Chatterjee in London and Shreyashi Sanyal in Bengalaru; Editing by Nick Zieminski and Paul Simao)