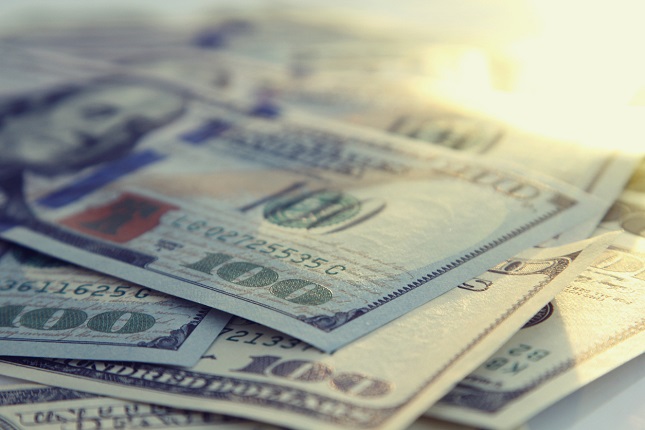 Monday was a hard day for the financial markets. American DJI lost more than 2.3% and S&P500 decreased by 2.0%. As in previous weeks, the main pressure was on the shares of high-tech companies. In the process when investors shift from growth-oriented stocks towards earning shares, previous market favorites are experiencing the heaviest blow. It is also not without unpleasant news, as for example, the decline in Apple shares by 5% was partly due to the sharp declines in forecasts for sales from analysts.

In this case, the demand for the dollar as a protective asset has increased again, which further weighted the stocks. The dollar index increased by 0.8% on Monday and updated the highs from the middle of last year. Today morning, the dollar has departed from local highs, but such sharp movement on Monday allows us to assume serious support from the side of dollar bulls. The single currency yesterday lost 0.9% to the dollar, stopping one step from 1.1200 after the words of Macron (France President) that the euro is not yet a substitute for the dollar due to political problems, such as the ongoing standoff between Italy and the European Commission around the budget deficit.

The dollar may continue to receive support from the markets beyond the previous resistance area. Now the focus of the markets may shift to the following index extremums around 103. For a single currency, the persistence of alertness around Italy coupled with the increased demand for the dollar is set to a decrease below the mark of 1.10.

The cautious trading tone of Asian grounds was replaced in the morning with a more positive attitude. Hopes for trade negotiations between China and the United States contributed to the growth. In addition, it is worth highlighting the sharp reversal of yuan to growth. In the previous month, the People’s Bank of China actively engaged in interventions in the foreign exchange market, protecting the rate from decline, although it did not interfere USDCNH’s from crawling up. In November, we have already seen a couple of sharp kickbacks of the pair associated with good news from China, but the scale of the decline suggests that it was also the intervention of the PBC. However, such interventions do not fundamentally change the sentiment in the markets, and the moment of growth should be a quick return to the fundamental trend.