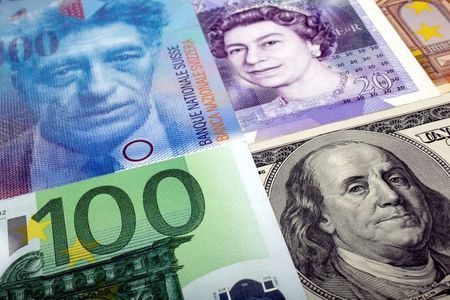 The dollar index, which measures the currency against six rivals, edged 0.1% higher to 92.23, after dipping to 91.941 for the first time since Aug. 4 on Friday, when a closely watched U.S. labour report showed the world’s largest economy created the fewest jobs in seven months in August.

But the weak jobs report did not spark a new wave of dollar selling on Monday as the greenback spent the Asian session pushing higher against its rivals, prompting some major currencies including the euro and the Australian dollar to move back to pre-Friday jobs report levels.

While analysts remain bearish on the outlook for the greenback with Citibank strategists expecting it to weaken in the coming months as the Fed postpones tapering plans to November, hedge funds have quietly ramped up bullish bets.

Latest data showed they have increased bets on the greenback versus the euro for a second consecutive week, boosting net bets to their highest since March 2020.

Most of the dollar’s gains was focused on the Australian dollar which weakened 0.17% to $0.7435 ahead of a central bank decision on Tuesday where analysts remain divided on whether the Reserve Bank of Australia will call time on its stimulus plans.

National Australia Bank predicts the central bank will reduce asset purchases again, “although the optics of tapering amid protracted lockdowns means it is likely to be a close decision,” NAB analyst Tapas Strickland wrote in a report.

The euro also failed to extend its gains on Monday after rising above the $1.19 levels for the first time since the end of July. It was trading 0.1% weaker at $1.1873 before an European Central Bank policy decision on Thursday.

Economists reckon it is still too early for the ECB to call time on emergency stimulus, but it could agree to slow the pace of its bond buys after euro area inflation surged to a 10-year high at 3% last week.