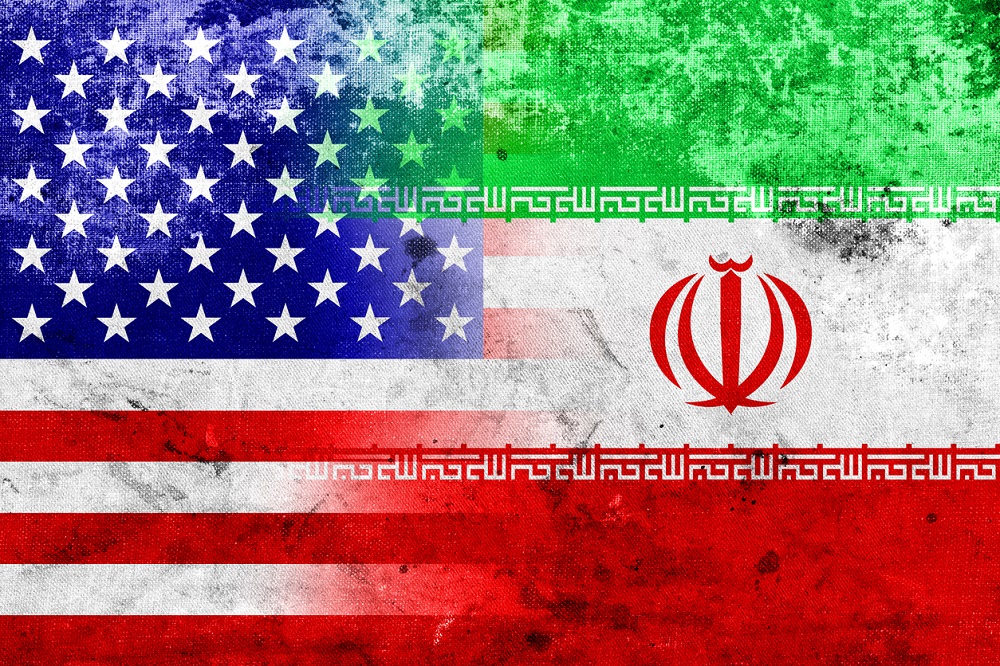 Relations between the two countries have deteriorated sharply since April

On May 8, the USA unveiled new sanctions against the Iranian mining and steel sectors. In retaliation, Iranian President Rohani announced the same day that Iran will no longer comply with two of its JCPOA obligations: the country will stop exporting its surplus of enriched uranium and heavy water, which means that at some point it will exceed the ceiling of stock authorized by this multilateral nuclear accord.

In addition, if other signatories of the agreement (notably Europe) do not help Iran economically, the country threatens not to respect other constraints related to its nuclear programme. In other words, Iran could enrich uranium for military purposes again, which could be interpreted as a casus belli, an event that justifies war, by Washington.

In recent days, the United States has announced the dispatch of military forces in the region, including the deploying of the USS Abraham Lincoln aircraft carrier and the USS Arlington assault ship.

How to explain this sudden increase of tensions?

As a reminder, new US sanctions against Iran were unveiled in November 2018, with targets including 50 banks and their subsidiaries and 200 members of the shipping industry and some restrictions against oil exports (excepting the eight countries mentioned above).

Iran has certainly been slow to react to these new US sanctions for two main reasons: (1) the Iranian regime believed that President Trump would not be re-elected next year, which is getting less and less certain, and (2) it believed that the other JCPOA signatories would help the country economically in order to offset the impact of the US withdrawal from the agreement and US new sanctions. Europe has launched INSTEX to bypass US sanctions but with little effect on trade and the Iranian economy so far. The two other signatories, Russia and China, do not seem eager to engage in a diplomatic standoff. China is even looking to reduce the amount of Iranian oil it is buying, likely in CNY, in order not to increase confrontation with the US.

In addition, in both camps, there are war hawks that push for conflict (in Iran, the Revolutionary Guard Corps are looking to extend their influence over the region, and in the US, neoconservatives like National Security Advisor J. Bolton are dreaming of regime change in Iran).

What could happen next?

It is likely that President Trump does not want to wage war. He even disavowed publicly J. Bolton on that option for Iran. At this stage, it would not make sense at all. The sanctions strategy was bearing fruit by weakening Iran economically leading to inflation at two digits (above 40%), depreciation of the IRR versus the USD at around 143,000 rials to the USD (vs fixed official rate of 42,000 IRR), contraction in GDP that could reach 6% this year according to the IMF and oil exports dropping to their lowest level in decades, at 0.5 million barrels vs 2.5 million barrels one year ago.

An escalation could also jeopardise the stability of the region and efforts to bring solution to the Palestinian-Israeli conflict. In addition, it is unlikely that the Trump administration wants to fight on two fronts (they have certainly learned the lesson from Napoleon’s defeat) as it mostly focuses its attention on China.

The risk of escalation or accident with military implications (eg: US navy ships boarding Iranian ships in the straits of Ormuz) should not be underestimated as it is reinforced by the lack of direct line of communication between Washington and Tehran. Contrary to the Cold War where the red phone connected Washington and Moscow (it was installed in 1963 after the world was on the bridge of nuclear war), such a system does not exist between the two countries to de-escalade tensions.

What could be the market impact?

So far, market impact has been limited. Investors were mostly focusing on the US-China trade war as their top risk and the oil market received welcome signals from other oil producers willing to step in to replace Iran’s barrels. This explains why oil prices have decreased 8.3% since the US announced in late April it would not grant waivers for sanctions on Iran’s oil exports.

However, as we have often said in relation to this and other situations, market complacency, including in relation to the US-Iran tensions, is worrying. Based on all the negative geopolitical surprises that have impacted the market since 2016, it is crucial for investors to also monitor the situation in the Middle East. Our central scenario is not an escalation of tension, but an accident can always happen with notable market implications, especially when there is no direct line of communication between the two camps.