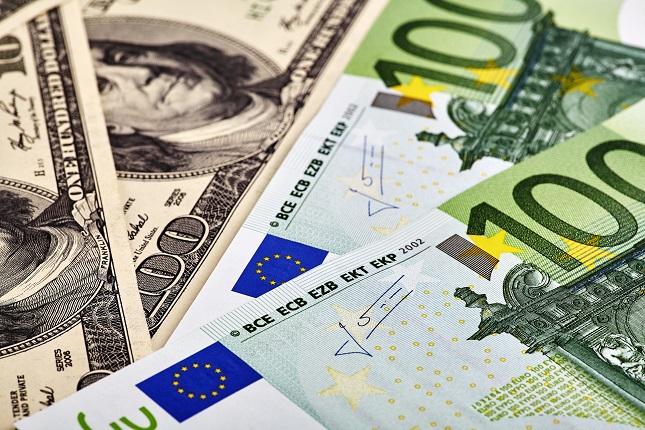 Economic data released through the Asian session this morning was on the lighter side, with stats limited to New Zealand’s April Business PMI and New Home Loans out of Australia.

For the Kiwi Dollar there was some good news, the Business PMI surging from 52.2 to 58.9 in April.

The Kiwi Dollar moved from $0.69626 to $0.69659 upon release of the figures, before easing to $0.6964 at the time of writing, up 0.03% for the morning. While the PMI was positive, the May figures will be of greater importance, with the effects of Easter being washed out.

For the Aussie Dollar, home loans slid by 2.2% in March, which was worse than a forecasted 2% fall, following February’s 0.2% decline, marking a 4th consecutive monthly decline.

Elsewhere, the Japanese Yen was down 0.05% to ¥109.46, with the risk on sentiment through the session easing demand for the havens.

In the equity markets, the Hang Seng led the way through the morning, up 1.36%, with the Nikkei and ASX200 up 0.93% and 0.10% respectively, while the CSI300 was down 0.18% to buck the trend, appetite for risk supported by the softer inflation figures out of the U.S on Thursday.

For the EUR, economic data scheduled for release out of the Eurozone is on the lighter side this morning, limited to finalized April inflation figures out of Spain, which are unlikely to provide the EUR with too much support, barring an upward revision.

While inflation figures out of the U.S were on the weaker side, the numbers are unlikely to see the FED take the foot off the gas on the policy front, which should continue to place policy divergence in favour of the Dollar for now, supporting a pullback to $1.18 levels.

The stats may be on the lighter side, but with ECB President Draghi scheduled to speak, any more dovish chatter on policy and outlook on inflation and the EUR could be in for another slide.

At the time of writing, the EUR was flat at $1.1915, with market risk sentiment, stats out of the U.S and ECB President Draghi the key drivers today.

For the Pound, there are no material stats scheduled for release in the wake of Super Thursday, which didn’t deliver quite the fireworks that the markets were anticipating.

Unsurprisingly, with economic growth forecasts cut and the NIESR GDP estimate coming in at just 0.1%, the prospects of a rate hike have diminished, with the negative impact of a rate hike likely to be far more significant now than in the months prior.

A lack of stats and a softer Dollar should provide support for the Pound early on, but questions will linger on whether the BoE will in fact be able to move on rates this year, any further slowdown in growth likely to shut the door on a move.

At the time of writing, the pound was up 0.08% to $1.3530, with direction through the day in the hands of Brexit chatter and sentiment towards the Dollar, following the softer consumer price inflation numbers.

Across the Pond, the Dollar failed to hold on to 93 levels on Thursday, with the softer inflation figures leading to some profit taking.

For the day ahead, stats scheduled for release include April’s import and export price index figures together with May’s prelim Michigan consumer expectations and sentiment numbers.

We will expect the Dollar to find some support from any positive figures, while FOMC member Bullard could dampen the mood for the Dollar bulls should any he provide his outlook on policy, Bullard less hawkish than most.

At the time of writing, the Dollar Spot Index was up 0.06% to 92.707, with the Oval Office, today’s stats and FOMC member commentary the key drivers through the day.

Across the border, it’s a big day for the Loonie, with April’s employment figures scheduled for release. The Loonie’s been on the charge this week and will be eying up C$1.26 levels in the days ahead should today’s stats be in line with or better than forecasts.

At the time of writing, the Loonie was up 0.04% to C$1.2762 against the U.S Dollar, with today’s stats and any updates on NAFTA talks key drivers through the day.