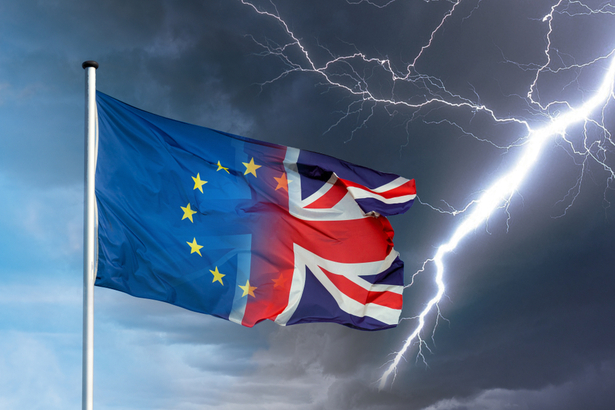 In two months Britain will have to leave the EU and emotions run high. Prime Minister Boris Johnson plans to suspend Parliament from September 12 until Oct. 14.

The general understanding is that Johnson is trying to prevent Parliament from obstructing his Brexit plans, although the PM has denied that. Members of Parliament (MPs) are just finishing their recess. Now that another pause is on the agenda, the lawmakers will have little time to discuss the upcoming separation with the European Union. According to Johnson and his supporters, Parliament was going to be on hold for party conferences anyway and the suspension will only add three days to the break. Still, political tensions are definitely rising. An environment like this is negative for the GBP.

The main thing that is keeping the GBP from the deeper declines during these uncertain times is the fact that it’s already significantly oversold. In addition, investors hope that MPs who are against Brexit will be able to think of some solution when they meet next week. In particular, the Labour Party plans to hold an emergency debate on Brexit. Labourites may also call a no-confidence vote in the government. As a result, there are no doubts that starting from Monday the political atmosphere in the UK will become even more heated.

Don’t forget about the EU

The risk of a no-deal Brexit exists because it’s difficult for Britain and the European Union to agree on how their trade and other relations will work after the UK gets out of the bloc. The biggest bone of contention is the so-called Irish border backstop. In short, there’s a border between British Northern Ireland and the Republic of Ireland that is and will remain the part of the EU but it used to be only a formality for a long time. Now, this has to change.

Some analysts believe that Boris Johnson thinks that the EU waits for the British Parliament to reach out with a compromise or ask to postpone Brexit. As a result, by suspending Parliament he hopes to strip the European policymakers of such expectations and thus make them concede to the British conditions. For now, we haven’t heard much from the European Union on the matter. Perhaps the EU got tired of the entire Brexit affair?

The fate of the GBP

Obviously traders are alert and looking forward to the further developments of the situation. The GBP will probably continue to ignore the economic data releases and focus on political news. All in all, although the majority of MPs are opposed to leaving the EU without a deal, so far they have failed to vote for one. Consequently, we have reasonable doubts that Brexit opponents will be able to form a united front, especially given the fact that the time they have is limited.

The odds that opposition policymakers will resort to a no-confidence vote have increased. If Boris Johnson loses such a vote, the initial reaction of the GBP could be negative as uncertainty would increase. If Johnson remains in power, the GBP will continue having support. Yet, it will have no force to strengthen as, for now, the market doesn’t believe that Britain and the EU will be able to reach a deal. Brace yourself for more GBP volatility in the upcoming days!