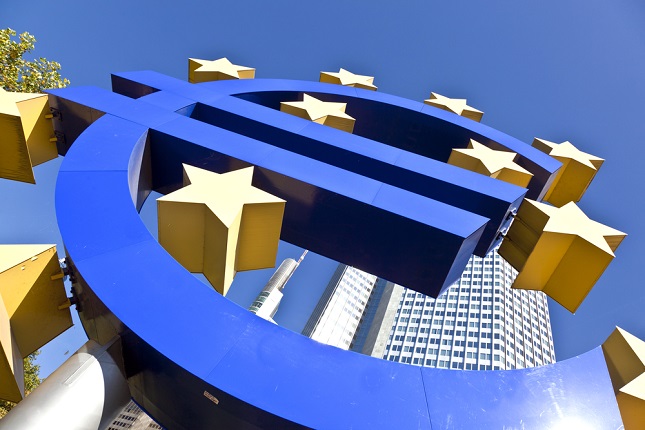 The European Central Bank made its interest rate decision and issued its monetary policy statement on Thursday and no one was surprised that it left interest rates unchanged as well as policy.

The ECB also reiterated its stance that interest rates are unlikely to rise until at least next year, saying it “expects the key ECB interest rates to remain at their present levels at least through the summer of 2019.”

European Central Bank President Mario Draghi held his usual press conference after the ECB announcements. At the conference, he addressed the simmering conflict between the European Union and the Italian government saying he was confident Italy and the European Commission would resolve their standoff over Rome’s budget plans for 2019.

Earlier in the week, the European Commission rejected Italy’s 2019 budget proposal, accusing it of brazenly breaking EU rules on public spending, and asking Rome to submit a new one within three weeks or face disciplinary action.

Draghi emphasized that the issue between the EU and Italy was not a monetary policy matter and therefore it did not come up in discussion at the ECB policy meeting.

But Draghi did quote European Commission Vice President Valdis Dombrovskis, who was also at the ECB meeting, as saying:  “We have to observe and apply fiscal rules. But we are also seeking dialogue.”

Draghi did add that personally he believed the two sides would resolve the matter. “I’m confident that an agreement will be found,” he said.

Draghi also said that while there may be some spillover to other bond markets from Italy’s problems, any impact was limited.

Finally, sources told Reuters Italy would need to secure a bailout from European institutions, which comes with strict policy conditions, if it was to receive any help from the ECB.

Microsoft to the Rescue

The Dow rose 404 points a couple of hours after the cash market open helped by Microsoft outperformed. Microsoft reported earnings and revenue for the previous quarter that easily topped analyst expectations. The Dow component rose more than 5.8 percent on the news.

Additional help for the broad market came from Tesla, which posted a surprise profit, shooting its shares up by more than 8 percent. Twitter was also a big winner, surging more than 16 percent on better-than-expected results. Perhaps limiting gains was AMD. Its shares fell more than 14 percent after the company issued weak revenue guidance for the fourth quarter.

Finally Some Good News on Housing

Home sales rose slightly in September, but the pace is still lower than last year, as affordability weighs on buyers. According to the National Association of Realtors, signed contracts to buy existing homes rose 0.5 percent compared with September, but were 1 percent lower than September 2017. This was the ninth straight month of annual sales declines.