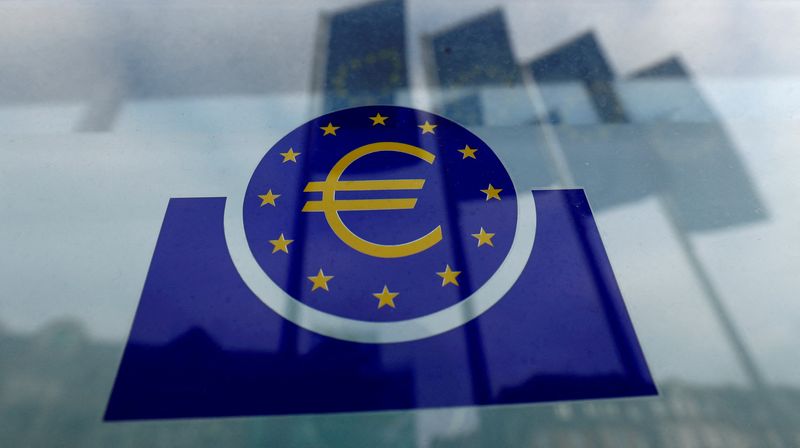 MILAN (Reuters) – The European Central Bank should not raise interest rates in July, even though the inflation outlook suggests it can gradually reduce support for the economy, ECB board member Fabio Panetta told Italian newspaper La Stampa.

While an increasing number of ECB policymakers are making the case for a rate hike at the July 21 policy meeting, Panetta pointed to the availability after it of data on the euro zone’s second-quarter economic growth.

“It would be imprudent to act without having first seen the hard numbers on GDP for the second quarter and to discuss further measures without a full understanding of how the economy could develop,” La Stampa on Thursday quoted Panetta as saying.

“It does not make much of a difference whether it is two or three months earlier or later,” he said in the interview with the newspaper.

Considered one of the more prominent policy doves on the ECB’s rate-setting Governing Council, Panetta has long advocated caution in removing support for the economy, worrying that acting too quickly could undermine years of effort at rekindling inflation.

Euro zone consumer prices are soaring, however. In April they were 7.5% higher than a year earlier, and even underlying inflation is nearly twice the ECB’s 2% target. This has prompted many of Panetta’s colleagues to advocate faster ECB action.

Even Panetta made the case for an eventual increase in the ECB’s key rate, which has been negative since 2014.

“With medium-term actual and expected inflation around 2% we can gradually reduce the level of monetary accommodation,” he said.

The ECB will next meet on June 9, when it is likely to decide to end bond purchases, known as quantitative easing, at the end of June. It may also provide clues about its first rate hike in over a decade but no decision on rates is seen as likely then.