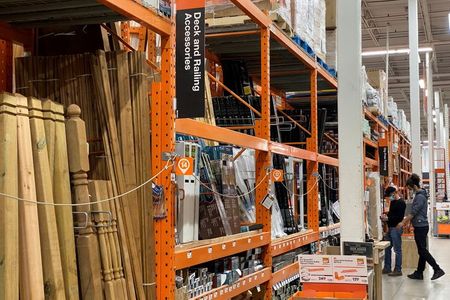 By Aishwarya Venugopal and Manas Mishra

Rising inflation has been the immediate focus of Federal Reserve officials and other global policy makers in recent weeks. There is a growing divide between those worried prices may be increasing too quickly and those arguing that economies need much more time to grow.

The International Monetary Fund said on Tuesday it views inflation pressures as the transitory result of “supply-demand mismatches” as economies reopen, with inflation expected to return to pre-pandemic ranges in most countries in 2022.

Still, it warned that persistently high inflation readings could lead to a “reassessment” of the monetary policy outlook by the Federal Reserve and other central banks in advanced countries.

A global survey of nearly 500 economists taken this month also concluded recent rising inflation in key economies around the world would be transitory. Over 70% of economists, or 152 of 209, said the current uptrend in global inflation was transitory, the Reuters poll showed.

Big corporations, however, are increasingly sounding the alarm in quarterly earnings reports as they struggle to cope with supply chain disruptions and labor shortages that are pushing up prices as economies rumble back to life after COVID-19.

General Electric Co Chief Executive Larry Culp said on Tuesday his industrial conglomerate is facing inflationary pressure that will intensify in the remainder of the year. Culp joins executives at other manufacturers who see an overheating economy.

People are “questioning whether, you know, what we’re seeing in terms of upward prices is permanent or transitory” U.S. aerospace manufacturer Raytheon Technologies Corp Chief Financial Officer Neil Mitchill told Reuters in an interview. But he said he needed more time to see how it plays out and “where the Fed comes out in that regard.”

Competitor Lockheed Martin Corp CFO Kenneth Possenriede said on Monday the price of the most popular version of the F-35 fighter jet could increase, citing inflation.

Last week, Harley-Davidson Inc told investors it has a 2% pricing surcharge on some bike models in the United States to mitigate mounting costs due to raw material price inflation.

The owner of the 118-year-old motorcycle brand also warned that soaring raw material prices and supply chain and logistics bottlenecks would hurt its earnings in the second half of the year.

Others are saying rising prices will be harder to offset. Restaurant chain Chipotle Mexican Grill Inc’s profits were lifted by menu price increases in the second quarter, a benefit that will be offset in the near-term by higher beef and freight costs.

“When I ask the experts, the economists, they say, ‘No, no, no, it’s not going to happen. There is no structural inflation.’ That’s what they say. What I see is that inflation is coming.”