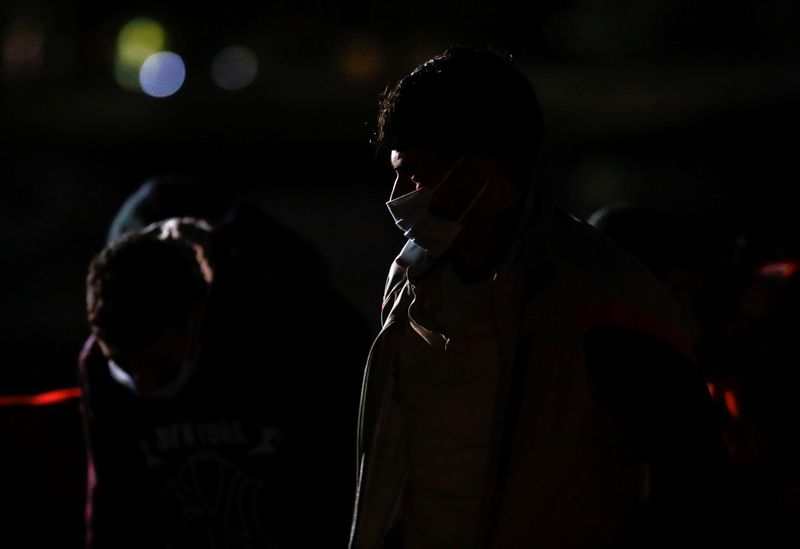 ARGUINEGUIN, Spain (Reuters) – Spanish coastguards found the bodies of eight African migrants in a boat which was drifting in the sea off Spain’s Gran Canaria island on Sunday, the Canary Islands government said.

Sixty-two migrants, all of them men except a 12-year-old boy, were rescued by coastguards.

Three people who were critically ill were flown by helicopter to a hospital in Gran Canaria. Nine others were treated by the Spanish coastguard as they were taken to the island.

The boat carrying the migrants had been drifting in the Atlantic about 40 miles to the south of Gran Canaria for about a week, the Canary Islands emergency services said on Sunday.

Coastguards also intercepted another migrant boat on Sunday carrying 35 men and one woman, a few miles off the Spanish island.

More than 13,100 migrants have made the perilous journey from West Africa to the Canaries archipelago between January and Sept. 30 this year, according to Spanish government data, more than double the number in the equivalent period in 2020.