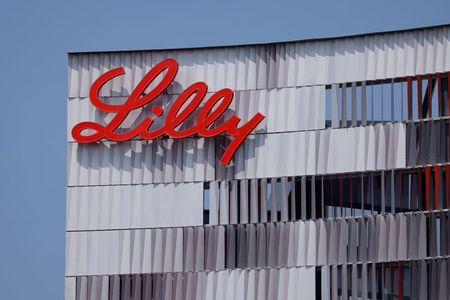 Demand for antibody drugs from Lilly and Regeneron has failed to take off in the United States, given the complexities associated with administering the treatments.

Sales of Lilly’s COVID-19 antibody drug, bamlanivimab, also came under pressure after the U.S. government stopped its distribution as a standalone treatment last month on worries that new variants of the virus could be resistant to it.

The drugmaker is now focusing on a combination of bamlanivimab with another treatment, etesevimab.

“COVID-19 therapies are reducing in their need as the virus is being arrested by vaccines in the United States,” Lilly’s Chief Executive Officer David Ricks said in an interview with CNBC.

Lilly earned $810.1 million from its COVID-19 drugs in the quarter, below estimates of $985 million, according to Guggenheim analysts. Lilly shares fell 4% in premarket trading.

The drugs, which include bamlanivimab as well as its combination with etesevimab, had brought in sales of $871.2 million in the fourth quarter.

Excluding items, the company earned $1.87 per share, missing estimates of $2.13 per share, according to IBES data from Refinitiv.

(Reporting by Manas Mishra in Bengaluru; Editing by Shailesh Kuber and Anil D’Silva)