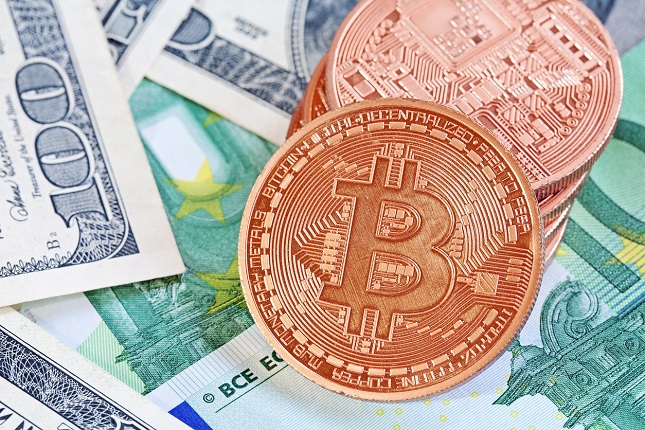 Money has been running out of the door and when considering the PBoC’s bombshell on Monday that it intends to ban all initial coin offerings and foreign and domestic cryptocurrency trading, its’ perhaps a little surprising that more hasn’t come off the table.

As regulatory chatter continues to hammer the markets, we can expect new lows to continue coming along, with investors unlikely to be too interested in getting burnt. There is an air of unpredictability surrounding the cryptomarket at present, with the South Korean government likely to follow the PBoC, in a bid to avoid getting too much attention from the savvier cryptocurrency investors who can fly under the PBoC’s radar.

If investors were hoping for some good news through the early part of the day, news hit the wires this morning of Visa and MasterCard increasing their fees on cryptocurrency transactions, with the two classifying cryptocurrency purchases as cash advances. Not only will investors who purchase cryptocurrencies with credit cards be subject to significantly higher fees, but will also be charged interest from the moment the transaction takes place.

When considering the fact that credit card purchase fees are already on the higher side across the exchanges, it’s just got that little bit more expensive and that’s if an investor is fortunate enough to have an account with one of the banks that have yet to ban the purchase of cryptocurrencies with credit cards.

The only good news this morning, which needs to be taken with pinch of salt, was a call by CFTC Chairman Giancarlo to the Senate Banking Committee to take a “do no harm” approach to the cryptomarket. Whether the Senate Banking Committee takes on board the comments, which are largely aligned with previous commentary from the SEC Chairman, remains to be seen, with both China and South Korea putting the pressure on other governments to do more.

Positive moves through the early part of the day have been few and far between, with more bad news likely to hit the cryptomarket hard before there can be any kind of recovery.

For Bitcoin, the market cap has fallen to $139bn and, while the crypto billionaires will attempt to provide much needed support, the fall from grace suggests that some of the Bitcoin billionaires could have also headed for the door this week.

It’s certainly looking bearish and, with the losses broad based, there looks to be very little to prevent Bitcoin to fall back through to sub-$6,000 levels.

Those who missed out on the 2017 rally may be feeling even more vindicated this morning to have sat out the cryptocurrency phenomenon, but even at current levels, Bitcoin is still up more than 600% from the start of 2017.

If Bitcoin slumps to sub-$1,000 levels then that is an altogether different proposition, with those having projected a 70% slide seemingly on the right side of the fence for now.