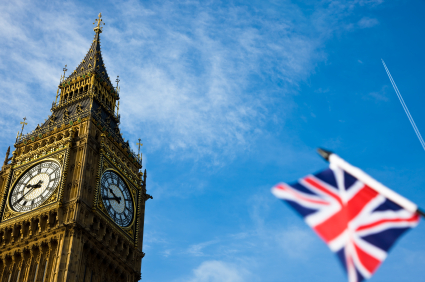 With no material macroeconomic data released through the Asian session this morning, the markets were left to their own devices and that’s never a good thing.

In the equity markets, in spite of a slight easing in the Yen, the Nikkei took to red territory yet again as market sentiment towards Japanese exporters seems to be unravelling in the wake of U.S President Trump’s visit to the region.

The profit taking comes at a time when the U.S president returns focus on unfair trade agreements. Last week’s speech in Vietnam was quite telling and having already spoken to Prime Minister Abe of the need to renegotiate trade terms, things could be less competitive for Japanese exporters.

Concerns over tax reforms in the U.S will be the other factor driving the markets at the start of the week. A lack of progress through the week will likely weigh on risk appetite and the Nikkei will likely be among the worst hit. Today’s fall is the 4th consecutive day of declines and silences those calling for a rally to 30,000 levels. Well, at least for now.

The ASX200 also closed out the day in the red, with political woes pegging the index back, as more dual citizen politicians get pushed out. The news also weighed on the Aussie Dollar, which was down 0.01% at $0.7657 at the time of writing. It’s possibly the worst time for the Australian government to lose yet another lawmaker after the Deputy Prime Minister had to step down for the very same reason. There was some support for the Aussie Dollar, with RBA Deputy Governor reaffirming the Bank’s view that non-mining investment is on the rise, but not enough a political uncertainty spreads.

For the Hang Seng and CSI300, it was business as usual in the early part of the session, with both of the majors in positive territory at the time of writing. Chinese and Hong Kong equities are likely to be in favour following Premier Xi’s remarks last week on trade and opening China to globalisation.

With Deputy Governor of the RBA talking up the Australian economy, Philly FED President and FOMC voting member Harker spoke this morning, saying that he will be looking to vote for a rate hike next month. Harker added the he expects to see three rate hikes next year.

It’s a quiet day ahead on the economic calendar, with no material stats scheduled for release out of the Eurozone, the UK or the U.S for that matter.

The lack of data will bring the Pound under scrutiny through the day, as Theresa May’s position at the helm looks to be a few more speed bumps. News of up to 40 Conservative MPs signing a letter of no confidence weighed heavily on the Pound through the Asian session. While the numbers are likely to be short of the total number of signatures required for a vote of no confidence, the political storm is brewing. It’s been a rough ride for UK politics. The UK referendum, Cameron’s “in tears” resignation, Theresa May’s snap election misjudgement and now a possible move to oust the UK Prime Minister. For the historians, the last time there was a successful vote of no confidence was on 28th March 1979, the victim being James Callaghan. That year, parliament was dissolved by the Queen on 7th April. It was quite a moment for UK politics however, giving Margaret Thatcher her three terms as the British Prime Minister.

The Pound may not be so lucky this time around, with the chances of a Labour Party victory likely to be significantly higher should the Tories oust May. A lack of Party unity at such a critical time for the UK will likely be enough should Tory rebels decide to pull the trigger.

At the time of writing, the Pound was down 0.53% at $1.3126 and noise from Parliament and Number 10 will be the key drivers through the day and possibly through the week. Any hint of an ousting and the Pound will be looking at sub-$1.30 levels. A shift in government will be handing the Brexit reigns to the EU and that’s with the Labour Party’s Corbyn at the helm…

Across the Pond, the lack of data will leave the markets fixated on tax reforms. Any progress will be a positive for the equity markets and the Dollar. Progress will need to be in the form of some kind of agreement between the Senate and House of Representatives on the timing and size of corporate tax cuts.

At the time of writing, the Dollar Spot Index was up 0.14% at 94.524, supported by Harker’s hawkish comments, with the EUR down 0.10% at $1.1653. While it’s a quiet day on the economic calendar, it’s a big week for the markets. A mass of key stats are scheduled for release out of the Eurozone, the UK and the U.S, though it remains to be seen whether politics will steal the show.