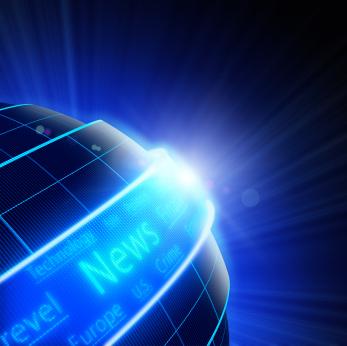 Asian equities are trading in the green today on the back of unexpected rise in Chinese imports and exports data coupled with statement from US Fed Chairperson Janet Yellen that central bank will continue to support the economy. China’s Trade Balance was at a surplus of 18.5 billion Yuan in April as against a previous surplus of 7.7 billion Yuan in March. Asian stocks rose on Thursday as Federal Reserve Chairwoman Janet Yellen said the Federal Reserve will continue to support the US economy. Key benchmark exchanges Japan, Hong Kong, China, Singapore, South Korea and Taiwan were up 0.1% to 1.09. Wall Street closed mostly higher on Wednesday, as Federal Reserve Chair Janet Yellen’s testimony did nothing to rattle investors and after Russian President Vladimir Putin signaled a willingness to talk on Ukraine. Asian shares rebounded on Thursday following the previous day’s sharp sell-off as investors awaited trade figures from the world’s second biggest economy.

Federal Reserve Chair Janet Yellen made it clear she believes the U.S. economy still requires stimulus, signaling continued demand for emerging-market assets. The dollar rose from a six-month low against a basket of peers as Federal Reserve Chair Janet Yellen said the U.S. economy is poised for growth. The US Dollar Index (DX) gained around 0.1 percent on the back of rise in risk aversion in market sentiments in early part of the trade which led to increase in demand in the low yielding currency. Further, favorable economic data from the country acted as a positive factor for the DX. The currency touched an intra-day high of 79.29.  US Prelim Nonfarm Productivity declined by 1.7 percent in Q1 of 2014 as against a rise of 1.8 percent in Q4 of 2013. Prelim Unit Labor Costs rose by 4.2 percent in last quarter from drop of 0.1 percent in Q4 of 2013.

Otherwise, markets were buoyed by comments from Russian President Vladimir Putin. He urged separatists in Eastern Ukraine to delay a vote on independence and said, in a significant shift, that the Ukrainian election to be held on May 25 was a step in the right direction — but talks should be held with separatists first. Finally, Putin said that Russian troops had pulled back from the Ukrainian border.

The Aussie gained around 40 points pip range to trade at 0.9368 after jobs data. Australia added 14,200 full-time jobs in April, according to the Bureau of Statistics, and more than the 9,000 expected. That added to two months of strong employment growth and added to improving sentiment about Australia’s economy. The Australian dollar also got a boost from Chinese trade figures showing a 0.9 percent increase in exports and a 0.8 percent rise in imports, driving a bigger surplus than anticipated. The euro was little changed at 1.3911. The British pound had one-way traffic downwards, losing just fewer than 30 pips to 1.6953. The yen otherwise weakened against the greenback, up to 101.9 from 101.5.