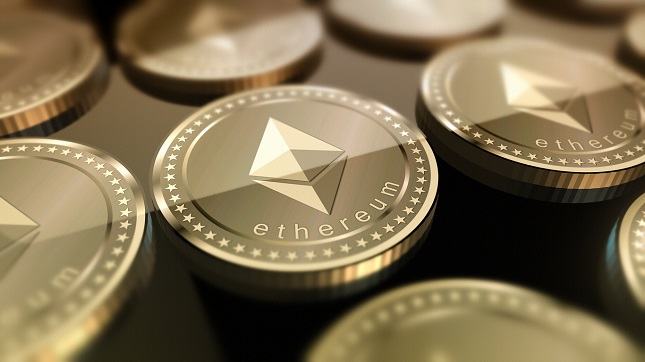 The weekend was a telling one for Ethereum that had given up its 2nd place ranking to Ripple at the turn of the year, with many seeing Ripple as Bitcoin’s main challenger for the number one spot in 2018.

It’s been a stellar weekend for Ethereum however and, while Bitcoin may have coughed up its weekend gains, Ethereum has been on the rise with gains of 8.85% to $1217.33 at the time of writing.

Having broken through to $1,000 levels for the first time last Thursday, talk of an end to Ethereum’s dominance behind Bitcoin has certainly woken up investors who had been looking elsewhere for the exponential gains that many have become accustomed to.

Sideways moves are of no interest to anyone and cryptocurrencies face significant selling pressure even after a few days of lateral instead of vertical.

The good news is that, in spite of Ripple’s losses in recent days, there are three major cryptocurrencies with market caps in excess of the $100bn market.

The bad news is that investors may be unclear on who actually has the greatest influence on the future of the cryptos, the teams developing and bringing the respective blockchain technologies into the real world, or the exchanges who decide what can and can’t be sold.

If there was a moment when it became evident that the cryptomarket is just not mature enough, it would have been the market response to the announcement that additional cryptocurrencies would not be included on the Coinbase exchange.

It’s been downhill ever since for Ripple and Ethereum has been the primary beneficiary. Since the news, Ripple has seen its market cap slump to $100.66bn, with Ethereum retaking 2nd spot, with a market cap of $120.04bn.

While Ethereum and Ripple fight it out for the number 2 spot, Bitcoin investors have something interesting to consider.

Going into the weekend, Bitcoin managed to rally through to 17,000 levels, before coughing up the gains ahead of the start to the new week. The relationship between Bitcoin and Bitcoin futures during the week is certainly evident, with today’s 1.71% decline to $15,849.01 more likely to be as a result of Bitcoin future contract declines than a shift in sentiment towards Bitcoin itself.

Through the early part of the day, the Cboe’s January Bitcoin contract was down $885 to $15,890 at the time of writing. With the futures markets closed through the weekend, the influence of the Cboe and CME futures platforms appears to soften on the Bitcoin clan and Bitcoin in particular.

It’s too early to suggest that such a trend will likely establish itself, particularly when there is no suggestion in the futures markets that $17,000 are on the horizon at the time of writing, even when looking down the road towards March expiry.

Friday’s settlement price on the January contract may well have supported a move to $17,000 levels, but one does wonder whether investors on the futures markets are taking a similar view with regards to the unsupervised weekends.

Momentum for now is with Ethereum, but we’re not likely to see the other cryptos go through the day without attempting to draw in some of the appetite. Ripple has lost the most and has the least to gain for investor sentiment to bounce back. For Ethereum, it’s going to be about holding on to $1,000 levels. A pull back to sub-$1,000 could see appetite for Ripple return.