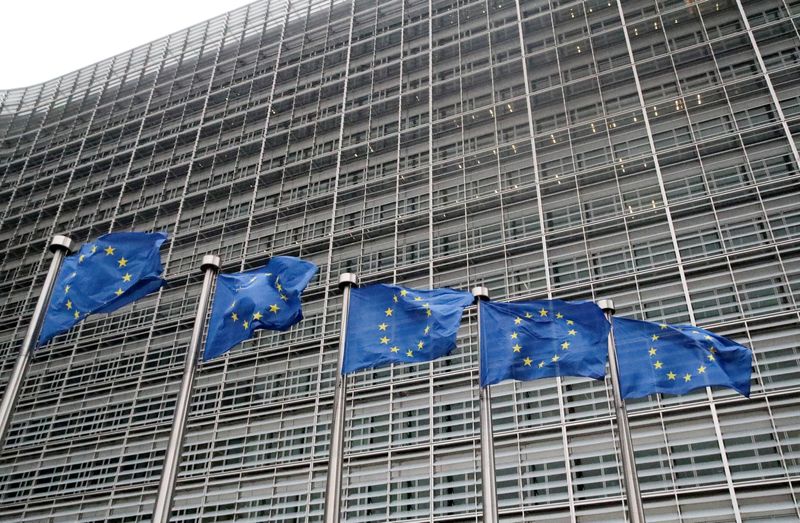 BRUSSELS (Reuters) – The European Union is considering loosening state aid rules for companies affected by EU sanctions against Russia over Ukraine and the bloc’s competition regulators are looking at various support measures, the European Commission said on Monday.

The EU executive set a precedent two years ago by relaxing some state aid rules for businesses hit by the coronavirus pandemic, allowing individual member states to pump billions of euros into their companies.

“The Commission is closely monitoring the situation and is ready to use the full flexibility of its state aid toolbox in order to enable member states to support companies and sectors severely impacted by the current geopolitical developments,” Commission spokeswoman Arianna Podesta said in an email.

“We are looking at all tools at our disposal – permanent and temporary,” she said.

The Commission will seek feedback from EU countries before implementing any measures.

From airlines to banks to automakers, thousands of European companies are expected to be hit hard by the sanctions as they close their Russian businesses and cut dealings with Russian counterparts.