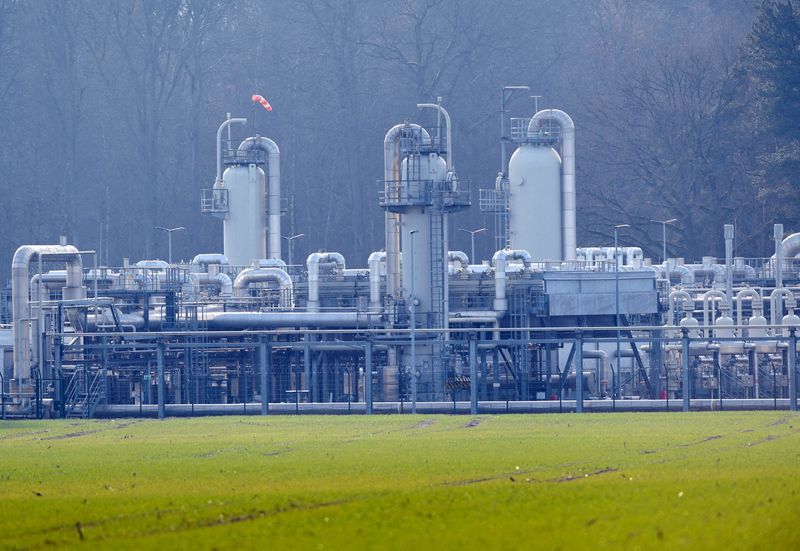 ROME (Reuters) -European leaders, who will convene in Brussels on Monday and Tuesday for an EU summit, will not decide on imposing a cap on gas prices but could mandate the Commission to study the issue, the European Commissioner for Economy said.

“If this is agreed among member states, the Commission will act very quickly to analyse this possibility,” Paolo Gentiloni told reporters at the Foreign Press Association in Rome, adding it would be difficult to make any predictions regarding the timing of a possible decision.

“It would already be an important step if the EU Council gave the Commission the go-ahead” to study the mechanism of a price cap, Gentiloni said.

Italy has proposed that EU member states cap the price of gas imports from Russia to help reduce inflation in the bloc, but other countries have raised doubts about the effectiveness of the idea.

Energy prices in the area hit record highs this year after the invasion of Ukraine by Russia, Europe’s top gas supplier.

EU leaders gathering in Brussels will try to agree on Russian oil import sanctions, seeking to avoid a display of disunity over the bloc’s response to the war in Ukraine.

According to a new draft of the summit conclusions, the 27 leaders should agree that their next round of sanctions will cover oil with a temporary exemption for crude delivered by pipeline, a compromise that ambassadors had failed to agree on Sunday.

The text seen by Reuters, which might yet be revised again, would confirm an agreement on seaborne oil sanctions, with pipeline oil supplied to landlocked Hungary, Slovakia and the Czech Republic to be sanctioned at some point.