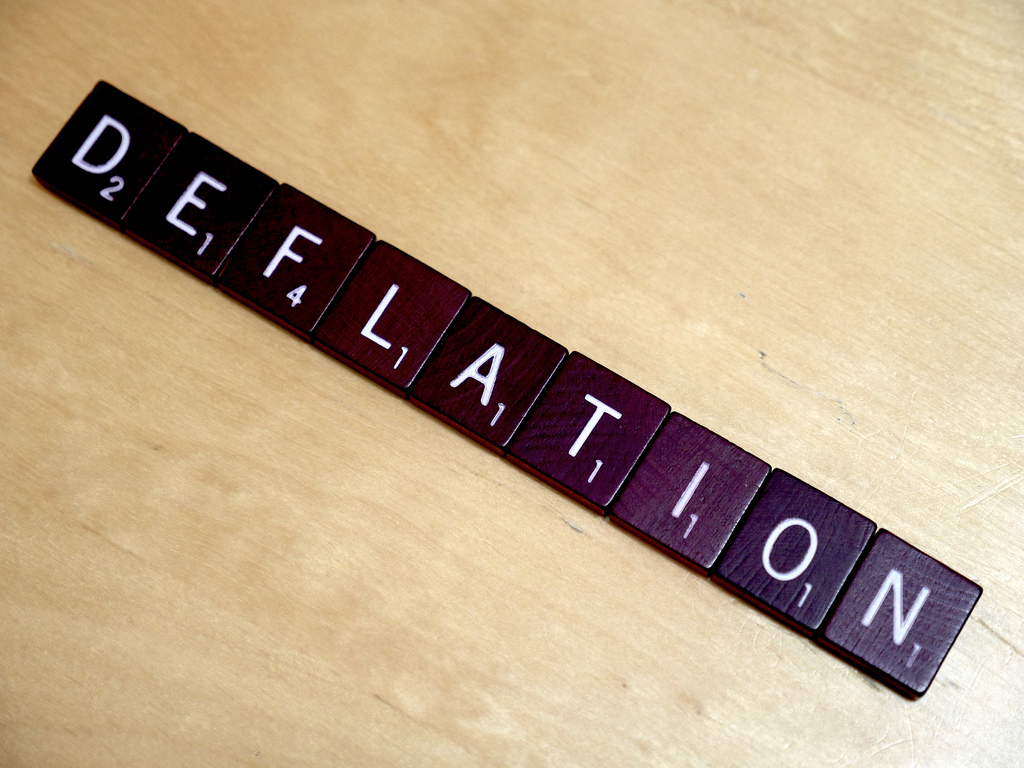 In a flash estimate, Eurostat have revealed inflation has retreated back into negative figures in April at minus 0.2%, from the 0% that was recorded for March.

Unsurprisingly there was a continued huge fall in energy prices, which has significantly contributed to the spiralling down into negative inflation.

Although the pace of the energy price fall slightly eased in April, falling by 8.6% compared to 8.7% in March.

Services were thought to have the highest rate of annual inflation in the survey, the change of the price level between the current month and the same month of the previous year, reaching 1%, this was in contrast to 1.4% in March.

This was followed by food, alcohol and tobacco, which at 0.8% remained stable from the figures from the previous month.

This latest assessment from Eurostat will come as a huge disappointment to the European Central Bank (ECB), as deflation is the situation they most wish to avoid.

Last month, the Governing Council of the ECB released a raft of measures to boost inflation, including expanding their quantitative easing asset purchasing programme to 80 billion euros per month.

Also, the bank deposit facility rate was lowered to 0.4% from 0.3% in the attempt to force banks to release more capital into the real economy.

It is far to early to say whether those measures failed, but continued deflationary figures could force the ECB into more drastic action.

There was more positive news on GDP figures, rising by 0.6% in the euro area and 0.5% in the European Union (EU), in the first quarter of this year.

The preliminary flash estimate also published by Eurostat revealed that they believe that GDP increased by 0.3% and 0.1% for the euro area and the EU respectively, compared to figures from the fourth quarter.

Compared to the previous quarter, GDP increased by 1.6% in the euro area, and 1.8% in the European Union.

Unemployment is down in the euro area by 0.2% in March compared to February, with Eurostat complied data unveiling that unemployment is 10.2%.

This is the lowest figure for those without positions since August 2011.

In a similar patter to the euro area, the data is favourable compared to recent history, and is the lowest unemployment has been for seven years.

The markets have reacted positively to the Eurostat data so far, in what has been a major release of data, today CET, the EUR/USD rate has favoured the euro as it has climbed to buying $1.138 from beginning the day at $1.135

Retail Turnover in Germany Rises by 0.7% for March

Official figures have revealed encouraging news for the retail sector in Germany, as turnover increased by 0.7% in March this year, compared to the same month a year ago.

The number of days which were opened for sale was 25, one day than during 2015.

When adjusted for calendar and seasonal variations, the March turnover was in real terms 1.1 % and in nominal terms 0.9%, which was a reduced figure from February.