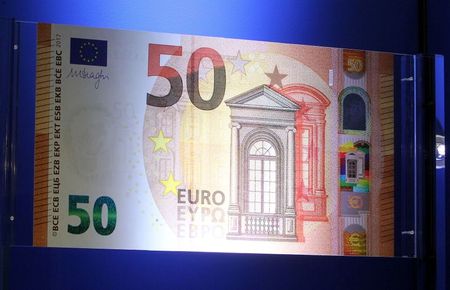 In testimony to the U.S. Congress, Fed Chair Jerome Powell said the U.S. economy was “still a ways off” from levels the central bank wanted to see before tapering its monetary support.

Against the greenback, the euro steadied at $1.1831, recovering from an early April low of $1.1772 hit before the Powell testimony in the previous session.

“Overall the comments suggest that the Fed is more likely to wait until later this year to begin tapering quantitative easing but has the option to start earlier in September,” MUFG strategists said in a daily note.

Apart from the euro, broad market sentiment remained subdued with the dollar holding strong against other major currencies.

Against a broad basket of currencies, the greenback steadied at 92.41 despite 10-year benchmark U.S. Treasury yields extending their decline for a second consecutive session.

The Canadian dollar also weakened on Thursday – with help from softening oil prices – even though the Bank of Canada further tapered its policy support on Wednesday.