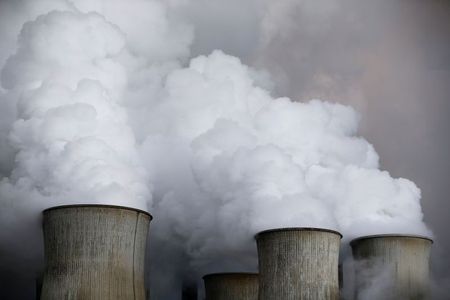 The EU’s emissions trading system (ETS) is the largest carbon market in the world, covering around 45% of the bloc’s output of greenhouse gases and charging emitters for every tonne of carbon dioxide they emit.

Last year’s survey predicted an average price of 31.71 euros a tonne for the third phase of the ETS which runs from 2021 to 2030. Benchmark prices in the ETS currently trade around 53 euros a tonne.

Britain’s domestic emissions trading scheme started trading in May this year. The majority of survey respondents expect it will link with the EU scheme by 2023.

Participants anticipate that the average global carbon price needed by 2030 to put the world on track to meet goals to curb global temperature rise is 63.20 euros a tonne, up from last year’s expectation of 55.97 euros a tonne.

IETA’s members include banks, exchanges and energy and industrial firms. The association received responses from 158 member representatives for the survey.