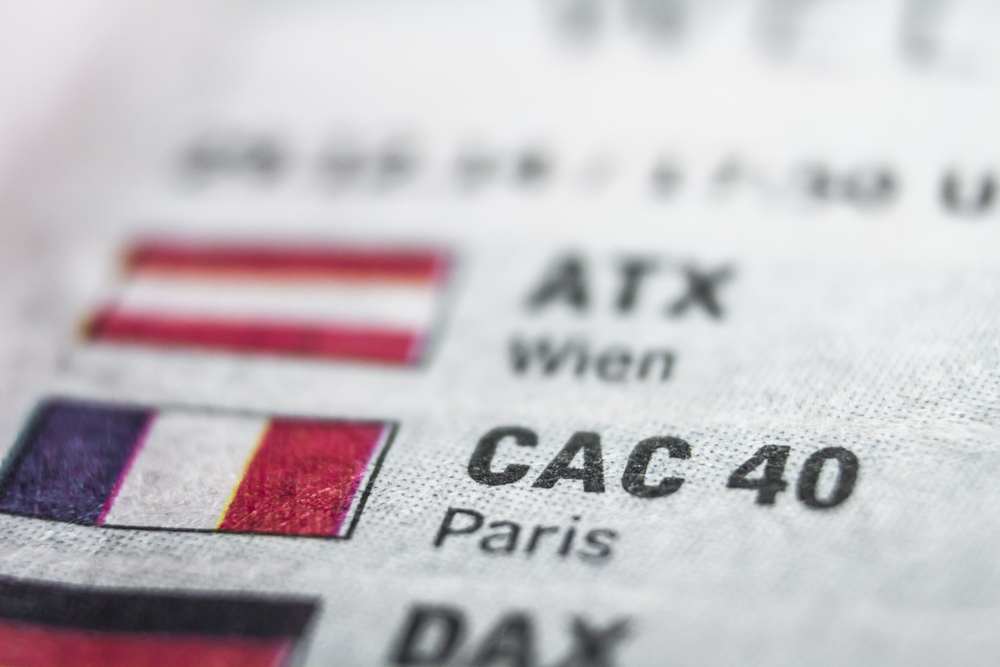 It was another bullish month for the European majors in May, logging a 5th consecutive monthly gain.

After a bearish start to the year, with January having delivered heavy losses, the CAC40 was up 17.2% year-to-date. The DAX30 and EuroStoxx600 weren’t far behind, with year-to-date gains of 13.2% and 13.5% respectively.

The general market theme remained unchanged at the end of the 2nd quarter. Economic data and continued assurances from the ECB of unwavering support delivered the upside in June.

In June’s ECB press conference and in separate speeches, ECB President Lagarde talked of a speedier economic recovery in the 2nd half of the year. This was coupled with assurances that there would be no near-term shift in monetary policy.

From the U.S, a more hawkish than expected FED failed to derail the European market rally. This was in spite of a number of FOMC members talking of a possible rate hike as early as next year.

While monetary policy and economic data provided support, the spread of the Delta variant of the coronavirus limited the upside late in the month.

It was a busy month on the Eurozone economic calendar. Inflation, private sector PMIs, and consumer confidence were key areas of focus.

For the Eurozone, the services PMI rose from 55.2 to 58.0, with the manufacturing PMI holding steady at 63.1, according to June prelim figures.

With the ECB looking towards a consumer driven pickup in economic activity, consumer confidence and economic sentiment were also on the rise.

For the Eurozone, consumer sentiment increased from -5.1 to -3.3 in June, which was in line with prelim figures.

Sentiment towards the economy was also on the rise. The Eurozone’s economic sentiment indicator increased from 114.5 to 117.9. Economists had forecast an increase to 116.5.

In the month, jitters over inflation had tested support for the majors before central bank assurances delivered comfort. The general view has been that the spike in inflation is transitory, with inflation likely to soften going into next year.

According to prelim figures for the Eurozone, the annual rate of inflation softened from 2.0% to 1.9% in June. Month-on-month, consumer prices rose by 0.3% following a 0.3% increase in May.

Economic data was also skewed to the positive in the month.

Inflationary pressures continued to raise the prospects of a sooner rather than later shift in FED monetary policy.

According to the FED’s preferred core PCE Price Index, the annual rate of inflation accelerated from 3.1% to 3.4% in May.

While the acceleration was aligned with market expectations, labor market data continued to ease pressure on the FED.

NFP numbers for May disappointed, with nonfarm payrolls rising by just 559k, which was well short of the ADP’s 886k rise.

Weekly jobless claim figures also pointed to continued slack in the economy. After having fallen to a June low 376k, initial jobless claims crept back up to 400k levels in the 2nd half of the month.

While labor market numbers failed to impress, private sector PMIs were skewed to the positive.

Consumer confidence was also on the rise, hitting a 16-month high in June. A marked improvement in labor market conditions would therefore support a sharper pickup in service sector activity and consumption. Such an eventuality would give the hawks a stronger footing in terms of monetary policy.

All-in-all, the numbers supported the FED’s optimistic outlook on the economy.

For the DAX: It was a mixed month for the auto sector in June. Continental and BMW rallied by 3.64% and by 3.31% respectively. Daimler and Volkswagen bucked the trend, however, ending the month down by 0.66% and by 7.49% respectively.

It was a bearish month for the banks. Deutsche Bank and Commerzbank slid by 9.09% and by 9.39% respectively.

From the CAC, it was a bearish month for the banking sector. BNP Paribas and Soc Gen slid by 5.34% and by 5.11% respectively. Credit Agricole saw a more modest 3.20% loss in the month, however.

It was another bullish month for the auto sector. Renault and Stellantis NV ended the month up by 0.74% and by 1.82% respectively.

It was a 5th consecutive month in the red for the VIX in June, delivering a 7th monthly decline in 10-months.

Following a string of impressive numbers from the Eurozone, we can expect continued focus on key stats.

While private sector PMIs and inflation will remain key drivers, consumer consumption and confidence will have greater significance. The markets will be looking for stats to be aligned with the ECB’s more optimistic outlook towards the economic recovery.

A continued pickup in private sector activity would support a more hawkish stance by the ECB. Much will depend on whether inflationary pressures continue to build and on COVID-19 updates in the month, however.

From the U.S, the big question will be whether tapering talk gathers momentum.

The markets will likely continue to focus on labor market and inflation figures. Consumer confidence and spending will need to remain on an upward trend, however.

As such, we can expect greater market sensitivity to FOMC member chatter in the month ahead.