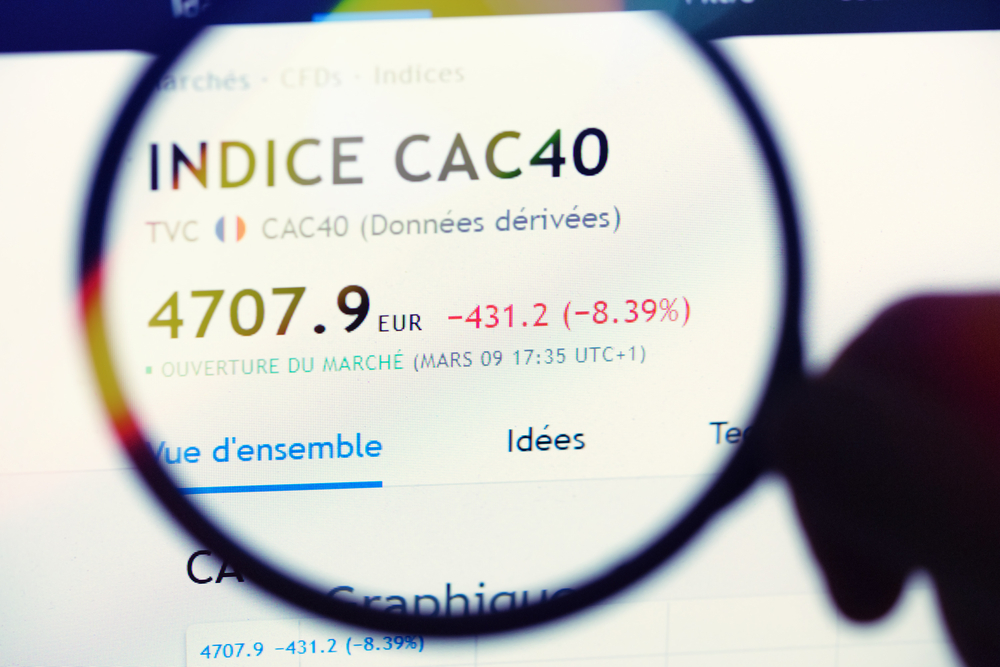 It was another mixed week for the European majors in the week ending 26th March.

Impressive economic data provided the European majors with support in the week.

Germany and the Eurozone’s manufacturing PMIs hit record highs in March, according to prelim figures.

Optimism towards the U.S economy and progress on Biden’s vaccination pledge were also positives for the markets.

A fresh spike in new COVID-19 cases pegged the European majors back, however, and left the CAC40 in the red for the week.

While German Chancellor Angela Merkel took an about turn on an Easter lockdown, the French government reintroduced new containment measures in the week.

From the ECB, the ECB’s Economic Bulletin also raised concerns over the possible negative impact of new containment measures on the economic recovery.

Private sector PMIs and German consumer and business sentiment figures were on focus.

It was an impressive set of numbers from Eurozone member states.

The Eurozone’s Services PMI increased from 45.7 to a 7-month high 48.8 in March, according to prelim figures versus a forecasted 46.0.

The pickup in the Eurozone PMI numbers came off the back of a marked pickup in private sector PMI numbers from France and Germany.

Germany’s manufacturing PMI jumped from 60.7 to a record high 66.6, with the services sector returning to growth.

A marked increase in income expectations, which hit a 12-month high, supported the jump in the headline figure.

On the business front, Germany’s IFO Business Climate Index increased from a revised 92.7 to 96.6.

Supporting the uptick in the headline figures was a jump in the business expectations sub-index from a revised 94.2 to 100.4.

The current assessment sub-index was also on the rise, increasing from 90.6 to 90.3.

Prelim private sector PMIs for March were market positive, with the service PMI rising from 59.8 to 60.0. The Manufacturing PMI increased from 58.6 to 59.0.

Core durable goods orders disappointed, however, falling by 0.9% in February.

On Thursday, jobless claims figures provided riskier assets with support. In the week ending 19th February, initial jobless claims fell from 781k to 684k. This was the first time claims had fallen to sub-700k levels since the start of the pandemic.

At the end of the week, the stats were skewed to the negative, however.

Inflationary pressures softened, with the Core PCE Price Index rising by 1.4% year-on-year in February. In January, the index had risen by 1.5%.

Personal spending slid by 1% in February, partially reversing a 3.4% jump from January.

Other stats included trade data and finalized consumer sentiment figures that had a muted impact on the Dollar.

It was a bearish week for the banking sector. Deutsche Bank and Commerzbank fell by 1.51% and by 1.69% respectively.

It was another bearish week for the French auto sector, however. Renault and Stellantis NV ended the week with losses of 0.96% and 6.21% respectively.

Three days in the red that included a 9.88% fall on Monday contributed to the downside in the week.

French and German consumer spending and German unemployment figures are due out in the week ahead.

Expect Germany’s stats to have a greater impact on the EUR. With France having reintroduced lockdown measures, the markets will likely brush aside any positive numbers from France.

Late in the week, manufacturing PMI numbers for Italy and Spain will also draw attention along with finalized PMI for France, Germany, and the Eurozone.

Barring marked revisions, expect Italy and the Eurozone’s PMIs to have the greatest impact, however.

Nonfarm payroll and unemployment numbers are also due out, though the European markets will need to wait until Monday to respond.

From elsewhere, private sector PMI numbers from China will also provide direction to the broader markets.

On the geopolitical risk front, U.S – China tensions and EU – Britain tensions will  need monitoring. For the Eurozone, COVID-19 news will also be key in the week. Further lockdown measures would likely test support levels.