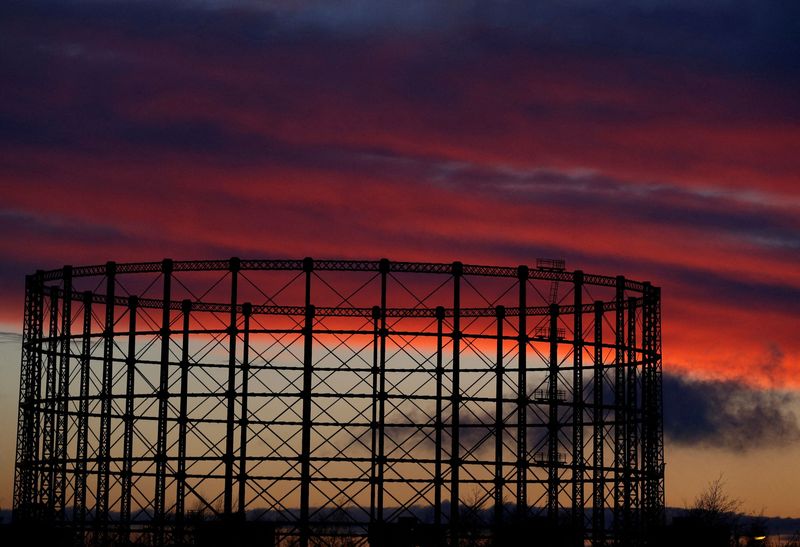 The region’s storage levels have been unusually low since last winter, which has been partly responsible for wholesale prices to shoot up to unprecedented highs that have put some suppliers out of business and inflated household bills.

The economics for buyers still encourage withdrawals of gas from storage rather than paying higher prices for Russian supply, though depletion rates have slowed somewhat since Christmas. That slowdown has largely been because of fresh LNG supply chasing higher Dutch gas prices at the TTF hub after it rose above the Japan-Korean-Marker (JKM) reference price this month.

Relatively mild winter weather has also helped to ease the drawdown on inventories.

U.S. LNG shipments to European destinations rose to their highest in at least two years in December, Refinitiv Eikon data shows, though storage levels are still well below the five-year average.

“We’re still looking at inventories at the moment of about the 13 billion cubic metre (bcm) mark for end of March, up from a low of just 5 bcm for northwest Europe after the ‘Beast from the East’ cold weather event in 2018,” said James Waddell, head of European gas at Energy Aspects.

The five-year average for the end of March is 16.6 bcm, he added, adding that this covered the UK, Belgium, Germany, France and the Netherlands.

“So, we’re more relaxed going into late winter, but we’re not fully out of woods,” Waddell said.

Furthermore, Asian LNG has now moved back to trading at a premium to Dutch gas, which could send more cargoes to Asia again.

With prices high, it also makes more sense to rely on gas from storage rather than buy more pipeline imports to cover demand.

Flows on some Russian pipelines to Europe have fallen significantly in recent months and even reversed in an eastward direction into Poland at the German border point of Mallnow.

This is because Gazprom is not choosing to supplement gas deliveries above contracted volumes, but also because of “rock-bottom” nominations from European clients, Energy Aspects’ Waddell said.

European clients would have to buy additional Russian volumes based on a TTF month-ahead index, which in December reached 113 euros/MWh.

“That’s just an astronomically high price (at which) to buy Russian gas. Even at a price of 90-100 euros/MWh it’s cheaper to just buy on the hub than to import under contract,” Waddell said.

With European storage levels expected to end the winter at only 15%, the need for refilling this summer should be 20-25 billion cubic metres (bcm) more than last year, which is reflected in high summer prices, said Massimo Di-Odoardo, vice president of gas and LNG research at Wood Mackenzie.

The TTF summer contract traded at 69 euros/MWh on Wednesday, only marginally cheaper than next winter at 71.20 euros/MWh.

“It’s still a bullish story, and particularly when we’re talking about Nord Stream 2. That is really what is going to allow Russian flows to actually normalise,” said James Huckstepp, manager of EMEA gas analytics at S&P Global Platts.

Construction of the Nord Stream 2 pipeline through the Baltic Sea to Germany is completed, but the approval needed to start gas flowing is not expected before the second half of this year at the earliest.