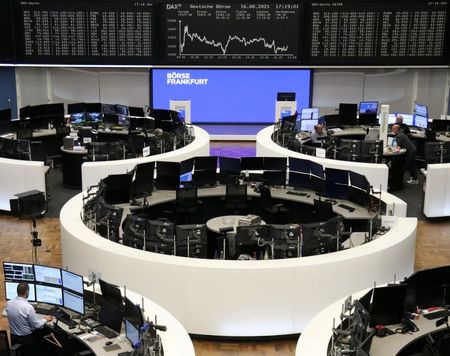 The pan-European STOXX 600 was 0.1% higher, after the index marked its longest winning streak in over a decade.

Tighter scrutiny of China’s internet sector, a nationwide lockdown in New Zealand and movement restrictions in several Asian countries kept investors on edge even as European economies continued to recover from pandemic lows.

“Travel stocks are experiencing yet another day of turbulence, with questions over travel regulations serving to highlight the uncertain road ahead,” Joshua Mahony, senior market analyst at IG, wrote in a client note.

Economically sensitive sectors such as oil and gas, automakers and banks also retreated.

Data showed the euro zone economy grew 2% in the second quarter, confirming its earlier reading as the relaxation of coronavirus restrictions spurred economic activity after a brief recession.

“The strong growth in euro zone GDP in Q2 is likely to be repeated in Q3 despite the spread of the Delta variant, and should bring the economy back towards its pre-virus size in the coming months,” said Jessica Hinds, Europe economist at Capital Economics.

“But the southern economies continue to lag, with travel restrictions still holding back their tourism sectors.”

However, a monthly survey of fund managers by Bank of America showed only less than half of the respondents now expect the European economy to further improve over the next 12 months – the lowest proportion since last June.

UK-listed shares of BHP Group gained 3.4.4% after the world’s biggest miner posted its best annual profit in nearly a decade and said it would pay a record dividend.

Online trading platform Plus500 jumped 5.1.1% as it forecast annual revenue to be “significantly ahead” of analysts’ estimates.