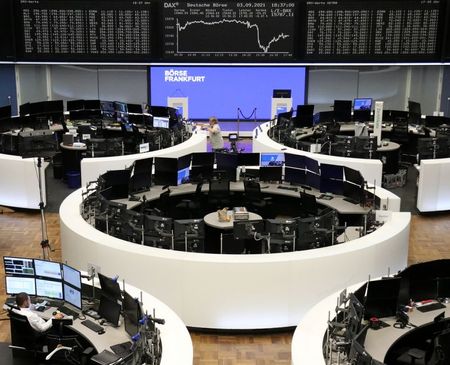 The continent-wide STOXX 600 index was down 0.8%, hitting a three-week low, with UK’s FTSE 100 leading losses with a 1.1% drop and Germany’s DAX touching over a one-month low.

British airline easyJet tumbled 13.8% after it revealed plans to raise 1.2 billion pounds ($1.7 billion) and said it had rejected a takeover offer.

Travel stocks, down 1.8%, fell the most among sectors, while miners, technology and automakers dropped between 1.0% and 1.4%.

The ECB is expected to slow its bond buying via its Pandemic Emergency Purchase Programme (PEPP), according to a Reuters poll, but also reassure markets that this is not the start of a gradual exit from easy policy.

(Reporting by Sruthi Shankar in Bengaluru; Editing by Saumyadeb Chakrabarty and Shounak Dasgupta)