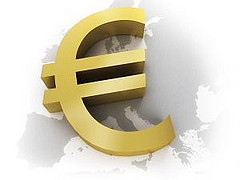 Pessimism continues to dominate markets as rating agencies warn from mass downgrades in Europe which could pose significant economic threats on a global scale, raising concerns among traders and push them to seek safe havens.

Europe’s possible downgrade is weighing down on markets since yesterday when Moody’s said European nations still face the risk of credit ranking downgrades since the outcome of the European summit was disappointing.

Meanwhile Fitch said that the solutions offered by the European leaders last week are not strong enough to prevent a “significant economic downturn” in the region, fueling believes that Europe may be entering a “mild” recession.

As markets continue to price a possible downgrade in Europe while the global economy may be further damaged byEurope’s debt crisis, downside pressures on the higher yielding assets persist.

Confidence will be put to the test again later today, as theU.S.will release the retail sales figures for Nov., while FOMC will announce its monetary policy decision that is expected to remain unchanged yet the Feds might put the final guidelines for its new communication strategy.

The euro fell to a two-month low trading around 1.3190 as of this writing, after the USD reached the highest today at 79.62. The pound is trading around 1.5595 with a slight upside momentum after the CPI matched expectations of 4.8%.

The yen rose today as demand on safe haven intensified trading around 77.80 as of this writing. The AUD rose today trading around the 1.0106 after the Australian government bonds rose today with the 10-year note yield reaching a record low.

The dollar’s bullish momentum due to the fragile sentiment on concerns over Europe’s troubles, pushed gold to a 7-week low trading around the $1664.30 after the precious metal broke the physiological support found at 1700.00 yesterday. Oil is moving in a tight range today around the $98.00 level.