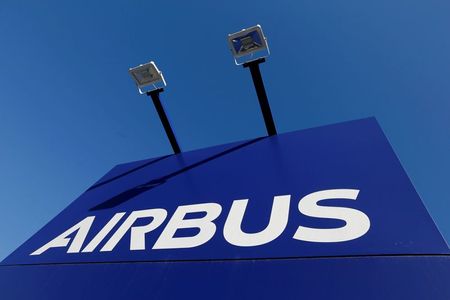 In the letter to suppliers in late March, seen by Reuters, Chief Procurement Officer Juergen Westermeier gave no specific targets but called for “immediate actions” to prepare for higher output, in the latest evidence of a recovery for mid-range jets.

The straight-shooting letter from Airbus highlights a slim margin for error as the world’s largest planemaker reboots an industrial ecosystem weakened by a global travel slump.

Reuters reported last week Airbus had told suppliers to be ready for output of 53 A320neo-family jets a month by the end of 2022, up from current monthly output of 40 and a target of 45 by end-2021.

Airbus has declined to comment on any preliminary goals beyond 2021. But underscoring advanced planning for higher output, Airbus urged suppliers in the letter to “demonstrate rate and capability readiness as early as possible.”

Required actions include ensuring parts are ordered from suppliers’ own sub-contractors on time. Suppliers must also implement “proper buffers” or inventory to anticipate future output increases.

Industry sources say the last point may trigger fraught negotiations as some suppliers – squeezed by the industry’s worst ever crisis – are reluctant to spend cash without payment guarantees from planemakers, fearing new coronavirus setbacks.

Medium-haul jets like the A320neo are expected to lead the recovery as regional travel reopens in China, the United States and increasingly Europe, overshadowed by India’s health crisis.

In 2020, Airbus experienced 370 quality problems from suppliers, equivalent to 1.6 per day, of which half had some impact on aircraft, the letter said.

“We are still facing too many issues … We count on you to secure with rigour and discipline a much better containment and prevention plan,” it said, adding: “Our first priority is to raise the bar on quality.”

Airbus has given suppliers “72 hours max” to contain any new quality defects once they have been discovered. There is no suggestion that such snags have compromised airline safety, but analysts say they can cause costly production delays.

Airbus operates one of the world’s most valuable supply chains, with 8,000 direct suppliers and 18,000 indirect ones providing millions of parts worth some $50 billion a year.

In normal times, suppliers must tell Airbus whenever parts use components or material from a different source or get built at a different site – a change known as a Transfer of Work.

At any one time, manufacturers monitor dozens of such changes. But ensuring that the rising number of switches driven by the crisis happens without any impact on quality and deliveries has moved up the planemaker’s list of concerns.

“Over 2021-22, more than 680 Transfers of Work will be ongoing across the globe, illustrating the deepness of the crisis,” the Airbus letter said, instructing suppliers to act early to head off any disruption.