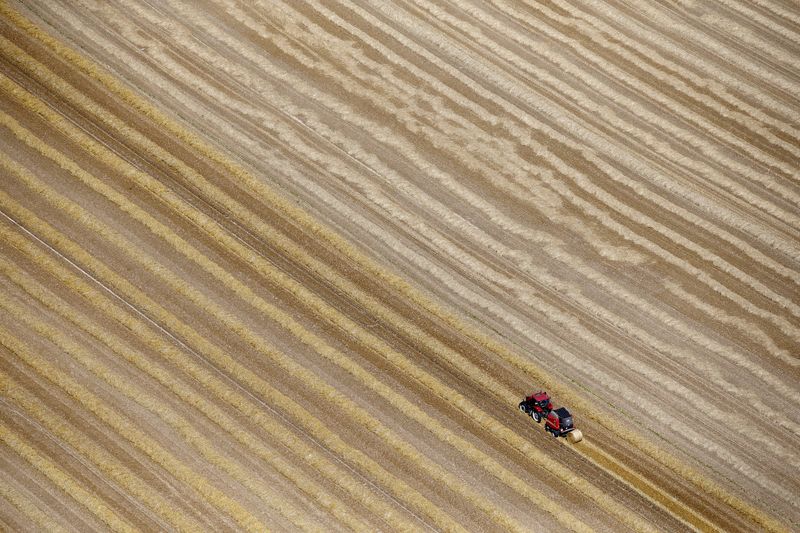 HAMBURG/PARIS (Reuters) – Algeria will allow French wheat imports in March because of disruption to Black Sea shipments, traders said on Thursday, overturning a recent exclusion that had hit the EU’s biggest wheat exporter.

Relations between France and its former colony were damaged in October when President Emmanuel Macron questioned whether there had been an Algerian nation before French colonial rule, accusing it also of rewriting the history of its colonisation.

Algerian state grain agency OAIC purchased around 600,000 tonnes of milling wheat in mid-January but according to traders had barred French wheat due to the diplomatic tensions with its leading supplier.

“We have been informed that OAIC will allow French wheat to be supplied instead of Black Sea wheat for March shipment because of the crisis,” one trader said.

Suppliers had been expected to fill at least part of the order from cheaper Black Sea exporters Romania, Bulgaria and Ukraine.

However, Russia’s invasion of Ukraine has led to the closure of Ukrainian ports, while rumours that Bulgarian and Romanian authorities could slow exports to cool demand have also unsettled grain markets.

The resumption of trade is likely to come as a relief to France, whose export forecasts had been cut in recent months due to its loss of market share in Algeria.

OAIC, one of the world’s biggest wheat buyers and the main export market for EU wheat, is thought to have excluded French wheat from several tenders during the diplomatic row. It had separately been pushing for greater competition by changing its tender terms to suit Black Sea supplies.

The agency is believed to have permitted French wheat in its most recent milling wheat tender, in which it bought about 700,000 tonnes for April shipment, traders said.

Traders expect a wider upturn in shipments from France and other EU countries as merchants rush to replace Ukrainian and Russian supplies for destinations in Africa and the Middle East. [GRA/EU]

(Reporting by Michael Hogan in Hamburg and Gus Trompiz in Paris; additional reporting by Lamine Chikhi in Algiers; editing by Susan Fenton and Elaine Hardcastle)