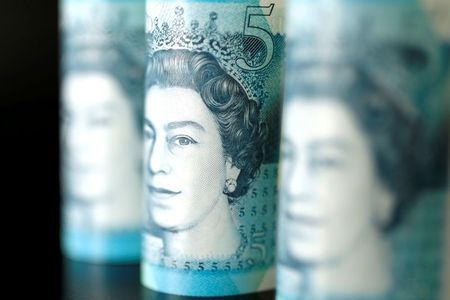 Elsewhere currency markets were generally cautious ahead of the U.S. Federal Reserve meeting later in the session. Markets are waiting to see if the Fed will provide any clues on the timing of any slowdown in its bond-buying programme, amid surging U.S. inflation.

Sterling held on to recent gains. The sterling-dollar pair saw a sudden surge on Tuesday around the time at which daily foreign exchange benchmarks are calculated.

Versus the euro, it was up around 0.1% at 0.8503, having briefly crossed the key 0.85 level for the first time since April earlier in the session.

Analysts attributed the pound’s gains to COVID-19 cases in Britain declining over the last seven days, although British Prime Minister Boris Johnson advised against drawing conclusions from the data, saying it was too early to assess whether there was a definite trend.

“It’s been a good week for sterling, reflecting the fact that virus cases have gone down rather than up,” said Colin Asher, senior economist at Mizuho in London. “If we roll into next week’s BOE meeting with (daily) cases below 10,000 then the BOE may be less cautious than was expected.

“We will probably see upgrades to BOE forecasts on inflation and growth. I think UK data is strong enough to expect that QE could be terminated early,” Asher added, referring to the quantitative easing or bond-buying scheme.

The Bank of England looks set to keep its stimulus running at full speed next week despite two policymakers breaking ranks to suggest that its nearly 900 billion pound ($1.2 trillion) QE programme might have to end early as inflation speeds up.

Stuart Cole, head macro economist at Equiti Capital, said fall COVID-19 cases and more optimism for growth in the second half of the year were raising expectations for a shift in the monetary policy committee’s rhetoric.

Sentiment was also lifted by an expected lessening of travel restrictions for visitors to England from abroad.

Speculators went net short on the pound for the first time since December 2020 in the week up to last Tuesday, CFTC data showed on Friday.

“GBP is heading into next week’s Bank of England meeting with a balanced positioning, which may be allowing some hawkish speculation to emerge,” wrote ING strategists in a note to clients.

(Reporting by Elizabeth HowcroftEditing by Alex Richardson and David Holmes)