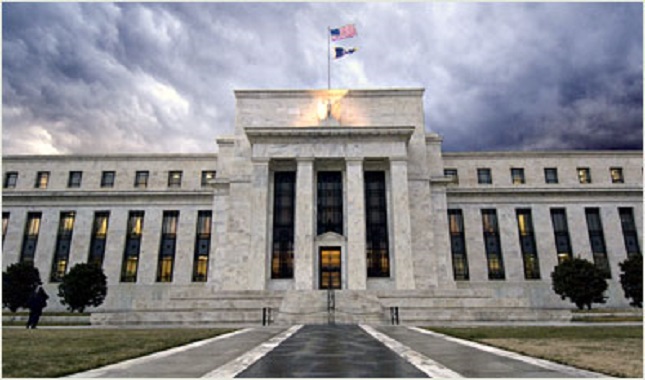 The U.S. Federal Reserve raised its benchmark interest rate 25-basis points as widely expected on Wednesday, while upping its anticipation for economic growth this year and next, and also providing a road map of what to expect into 2021.

The new fed funds range is between 2 percent and 2.25 percent, where it last was in April 2008. Along with the rate increase, the Federal Open Market Committee continued to project one more rate hike before the end of the year and three in 2019.

Since December 2015, the Fed has raised rates eight times as it moved to normalize policy through gradual increases. The latest step in the normalization process, along with the rate hike, came on Wednesday, when the FOMC dropped the phase “the stance of monetary policy remain accommodative” in its monetary policy statement.

The removal of the word “accommodative” could been seen as a hawkish more by a committee that has sought to assure investors that it would serve as a backdrop in case economic or market conditions would worsen.

FOMC members also indicated that it’s likely the funds rate would remain for two years above what they term the long-term “neutral” rate that is neither restrictive nor stimulative.

Finally, outside of the rate hike and the dropping of the phrase, the monetary policy statement was verbatim from the August meeting.

The FOMC collectively estimated gross domestic product to rise 3.1 percent in 2018, an upward revision from the 2.8 projection back in June. The forecast for 2019 also moved higher by 0.1 percentage points to 2.5 percent. The estimate for 2020 remained at 2 percent. In 2021, the economy is expected to grow by 1.8 percent.

The unemployment rate forecast ticked higher to 3.7 percent from June’s estimate of 3.6 percent.

A conflict still exists between the Fed’s interest projections and the market’s expectations. The FOMC’s median range forecast is 3.4 percent, where it is expected to stay through 2021. Two members pegged rates at between 4 percent and 4.25 percent. Fed funds futures contracts currently are implying a rate of 2.825 percent by the end of 2019, which would put the market at least one rate hike behind the Fed’s intentions.