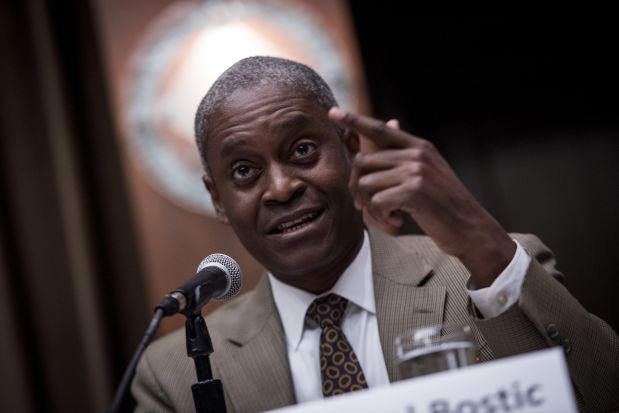 Several Fed policymakers offered their assessments of the U.S. economy in the wake of the COVID-19 pandemic last week ahead of this week’s speech by Federal Reserve Chairman Jerome Powell on Wednesday.

With earnings season winding down and economies in several states reopening, investors are going to be looking for a new catalyst to drive the price action in the stock market. With that in mind, there will be added emphasis on Powell.

Powell speaks via webcast hosted by the Peterson Institute for International Economics at 13:00 GMT. He is expected to speak about the current issues facing the U.S. economy.

The pace and shape of the U.S. economic recovery when the novel coronavirus outbreak abates is still highly uncertain and will vary across the country, Atlanta Federal Reserve President Raphael Bostic said on Tuesday.

There are lots of different possibilities,” Bostic said of the shape of any recovery, noting that in the first instance it hinges on stabilizing the infection rate.

“What I would say is right now it is very hard to know with any degree of uncertainty which ones are more or less likely. In many communities the “V” recovery is going to be very difficult to achieve,” Bostic said in a webinar, referring to a scenario where there is a swift economic bounce back.

“But across the country there has been a fair amount of diversity of experiences, diversity of vulnerability, and that will translate into diversity of recoveries.”

“Many of the essential jobs are low-paying jobs … we’re going to have to collectively think about how do we make sure that the people who have put themselves at risk through this are not just discarded once we get to the other side,” he said.

Fed’s Kashkari:  ‘It’s Devastating’ – The Actual Unemployment Rate Could Be as High as 24%.

“I think the real number is probably around 23% or 24%,” Kashkari said. “It’s devastating.” On Friday, the U.S. Labor Department’s Non-Farm Payrolls reports showed a 14.7% unemployment rate.

Kashkari also said he doesn’t think the U.S. is bound to repeat what happened during the catastrophic economic downturn.

“I’m hopeful we can bounce back,” Kashkari said. “I’m optimistic, I don’t think we’re actually headed for another Great Depression.”

That’s because the policymakers in the 1930s did the wrong thing, according to Kashkari, which made the situation worse. Now, however, U.S. policymakers have been aggressive in their support for the economy.

“I think it’s becoming clear that we are in for a long, gradual recovery, which is unfortunate,” Kashkari said. “But I think we’re going to avert the depression scenario because policymakers are going to continue to be aggressive to fight that outcome.”

Federal Reserve Bank of San Francisco President Mary Daly said she expects the U.S. economy to shrink this year with a recovery only getting under way next year.

“2020 as a whole is going to be a negative year, and then we’ll start to see a positive year in 2021,” Daily said Thursday in an interview with Bloomberg Television’s Michael McKee. With elevated uncertainty around the spread of the coronavirus, she said “that’s about as good as forecasting can get right now.”

“No one who I talk to is looking at a v-shaped recovery, they really think this will be gradual and it will take time to build confidence back up for both workers and consumers,” Daly said. “But they are more optimistic than you might think. They are ready to re-open and re-engage.”

“We are really looking at inflation being tepid not getting up to our 2% target for a while,” she said. The Fed will “do everything in our powers to achieve our dual-mandate goals and I think that gives market participants, households and businesses confidence.”