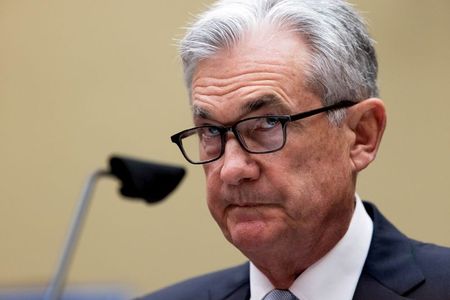 The moves, which were included in the Fed’s latest policy statement and separate economic projections, represent a hawkish tilt by a central bank that sees inflation running this year at 4.2%, more than double its target rate, and is positioning itself to act against it.

That action may proceed slowly, with interest rates seen rising to 1% in 2023, faster than projected by the Fed in its projections in June, and then to 1.8% in 2024, which would still be considered a loose monetary policy stance.

Inflation throughout that time would be allowed to run slightly above the Fed’s 2% target, consistent with its new, more tolerant approach to the pace of price increases, while unemployment is seen falling back to around the pre-pandemic level of 3.5%. Policymakers also downgraded their expectations for economic growth this year, with gross domestic product expected to grow 5.9% compared to the 7.0% projected in June.

Still, the shift shows movement among policymakers divided over whether the coronavirus pandemic’s ongoing impact on the economy or the threat of breakout inflation constitutes the bigger risk.

While no decisions have been made on the exact pace and timing of how the central bank will reduce its asset purchases, Fed Chair Jerome Powell said it seems “appropriate” that the taper could begin “soon” and be completed by the middle of 2022.

“Participants generally view that as long as the recovery remains on track, a gradual tapering process that concludes around the middle of next year is likely to be appropriate,” he said in a news conference after the end of the Fed’s latest two-day policy meeting.

Powell told reporters financial conditions would remain accommodative even after the Fed stops purchasing Treasuries and mortgage-backed securities and emphasized that the decision on the bond-buying program was separate from any actions regarding interest rates.

The Fed on Wednesday held its current target interest rate steady in a range of 0% to 0.25%.

“It’s probably a little bit more hawkish than many would have anticipated basically acknowledging that should the economy continue to grow as we have seen it would warrant a tapering to occur,” said Sam Stovall, chief investment strategist for CFRA Research in New York. “You could say it’s a tentative tapering announcement even though they did lower their 2021 GDP forecast.”

U.S. stocks extended gains after the release of the statement before retreating slightly during Powell’s news conference, with the S&P 500 index up 1.2% on the day. The dollar rose while the yield on the U.S. 10-year Treasury note edged lower.

Though acknowledging the new surge of the pandemic had slowed the recovery of some parts of the economy, overall indicators “have continued to strengthen,” the central bank’s policy-setting Federal Open Market Committee said in its unanimous policy statement.

If that progress continues “broadly as expected, the Committee judges that a moderation in the pace of asset purchases may soon be warranted,” it said.

The statement had been widely expected to signal that the Fed would soon begin winding down the $120 billion in monthly bond purchases it has been making to blunt the economic impact of the pandemic.

Fed officials said last December that they would continue purchasing bonds at the current pace until there was “substantial further progress” on the central bank’s goals for maximum employment and inflation.

Powell on Wednesday said officials could decide as soon as the next policy meeting in November that both of those standards have been met, based on what happens with the labor market and the broader economy, and make a decision on whether to taper.

But it was in their broader economic outlook that Fed policymakers made a less anticipated change.

The outlook for inflation jumped 0.8 percentage point for 2021 and the unemployment rate seen at the end of this year rose. In turn, two officials brought forward into 2022 their projected timeline for slightly lifting the Fed’s benchmark overnight interest rate from the current level, enough to raise the median projection to 0.3% for next year.

The move to lower GDP growth expectations for 2021 reflected concerns that the coronavirus is weighing on the economy.

“The sectors most adversely affected by the pandemic have improved in recent months, but the rise in COVID-19 cases has slowed their recovery,” the Fed said in its policy statement.