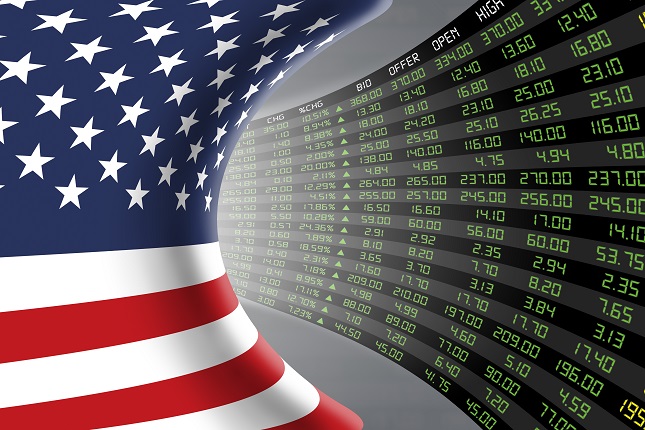 At the end of the trading day, the market’s reaction to the series of Fed announcements was mixed. Stocks initially surged after the Fed released its post-meeting statement and its latest economic forecast, showing it will keep interest rates at zero at least through 2023, as expected.

Stocks gave up their gains as Fed Chairman Jerome Powell briefed the media, and described the Fed’s guidance as strong and “powerful.”

Treasury yields moved slightly higher after Powell said the Fed plans to keep its asset purchases at current levels for now. Some bond pros have been expecting the Fed to increase Treasury purchases, and Powell did not commit to that. The 10-year Treasury yield rose to 0.695%.

“We’re going to continue to monitor developments, and we’re prepared to adjust our plans as appropriate,” Powell said.

It was the Fed’s guidance that the markets found dovish. In the Fed’s latest projections, core inflation is expected to stay low and not reach the Fed’s 2% target until 2023. At the same time, the job market is expected to improve to the point where unemployment is at 4% in 2023, below the longer run rate of 4.1%.

“This is dovish – lower rates for longer, higher equities, weaker dollar,” said Jon Hill, senior fixed income strategist at BMO. “The Fed is saying we’re not hiking in 2023, maybe in 2024…What they’re saying is these are our goals. We expect to have just barely met them and even then, they’re not raising rates.”

Others Think Powell May Have Undercut the Dovish Tone

AB Economist Eric Winograd said Powell may have undercut the dovish message he was sending.

“He noted that targeting an inflation overshoot for ‘some time’ as the statement says, means that they are not targeting a ‘sustained’ overshoot. So how long is ‘some time’ if it isn’t sustained?” Winograd said. “That imprecision is a problem that the committee is going to have to solve to reap the full benefits of the framework shift. It’s not a coincidence that the stock market, which had been in positive territory, flipped negative after the chair’s comments.”

The commodity-linked Australian and New Zealand Dollars finished mixed after retreating from their highs. The Euro fell hard after reversing earlier gains. The Japanese Yen, however, spiked higher.

Overall, the U.S. Dollar gained ground after the Fed announcements in a mostly two-sided trade. Although the Federal Reserve kept interest rates pinned near zero, which is bearish for the U.S. Dollar, policymakers also said they expect the U.S. economy from the coronavirus to accelerate with unemployment falling faster than the central bank expected in June.

In new economic projections, Fed policymakers at the median see economic growth dropping by 3.7% this year, an improvement from the 6.5% drop projected in June. It was this upgrade to the economic outlook that supported the U.S. Dollar.