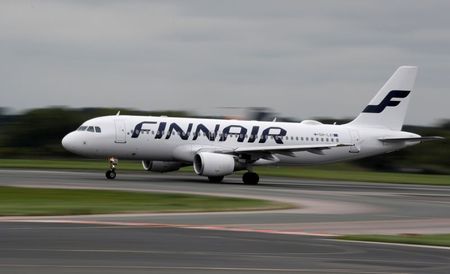 The Finnish flag carrier reported a quarterly operating loss of 149.1 million euros versus a loss of 95.6 million a year earlier, slightly ahead of the 159.8 million euro loss expected by five analysts, Refinitiv Eikon data showed.

Finnair said earlier this month that passenger numbers were down 83% in March from a year earlier, to 86,000. That leaves cargo accounting for more than 50% of the company’s revenue, Chief Executive Topi Manner said in a statement.

“Cargo demand was supported by supply chain challenges caused by the pandemic,” he said, noting that the situation was exacerbated when a giant container ship blocked the Suez Canal, a key trade route, last month.

The airline said it expects an operating loss of similar magnitude in the second quarter of 2021 but is seeking to improve competitiveness with further cost cuts in areas such as real estate, administration and salaries.

In March, the European commission authorised a loan of 351 million euros from the Finnish government to Finnair as compensation for losses during the pandemic.

Finland, which holds a 55.9% stake in Finnair, has also participated in a share issue and granted a 90% guarantee for its pension loan.

Other Nordic airlines have been shoring up their finances – SAS has secured a rescue package from its main owners Sweden and Denmark, while Norwegian Air now plans to increase its debt to make it through the pandemic