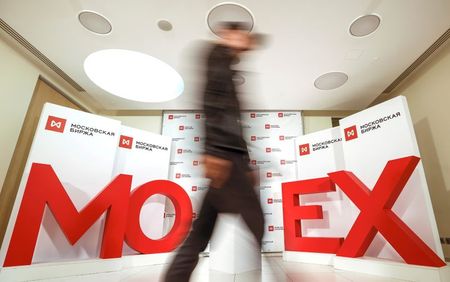 U.S. sanctions and increased debt issuance to fight the coronavirus crisis pushed foreign investors’ share of Russia’s OFZ treasury bonds to its lowest since 2015 earlier this year, but stocks have largely escaped the same fate, buoyed by rising oil prices in 2021.

“We are talking about non-residents – large, global, institutional investors,” Loginova said, putting the foreign fund inflows down to the outperformance of the MSCI Russia index this year and relatively high dividend yields offered by many Russian companies.

The Moscow Exchange estimates dividend yields in Russia at the end of the year will reach 7.9%, higher than in other major emerging markets, such as Turkey, estimated at 5.1%, South Africa at 4.7% and China at 2.4%.

Russia has seen a flurry of initial and secondary public offerings since online retailer Ozon made a strong debut on the U.S. Nasdaq late last year, with depositary receipts trading in Moscow.

The central bank is preparing to simplify the regulatory environment and remove obstacles to incentivise IPOs, it said earlier this month, and the bourse is expecting more than 10 IPOs or SPOs by the end of 2021.

“We have a good IPO pipeline, the central bank’s measures are contributing to it, plus Ozon’s success story is attracting new issuers,” Loginova said.

UBS said in March that Russia was set for an IPO boom this year, which could raise at least $10 billion.