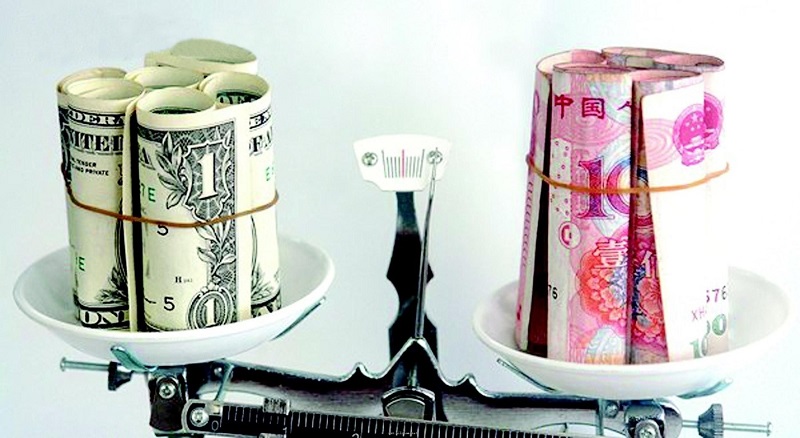 Over to Trump’s latest additional tariff duties on Chinese goods, the Yuan slipped and crossed the seven mark to the dollar threshold. The Relative Strength Index (RSI) of the USD/CNY pair shot up to 84.49 level, showing heavy buying in the currency pair. Notably, on its way to the upside, the pair had crashed through multiple resistances stalled near 6.9340, 6.9617, and 6.9756 levels.

Rob Carnell, Chief Economist & Head of Research for Asia-Pacific, ING, Singapore commented, “What has taken the market by surprise is that nobody anticipated that President Trump would slap tariffs on China within 24 hours of their trade talks. (I) don’t think any of us had imagined how quickly President Trump would slap on more tariffs. This makes it very hard for China to decide what it needs to do next. You don’t really know if the people you are talking to matter, and it turns out they don’t. So, you don’t want to make concessions and then get tariffed anyway. Then you’re losing both ways.”

Today, as the Yuan crossed through the 7/Dollar mark, the Rand touched 14.9462/Dollar mark. The pair had already provided strong bullish signals last day, breaking above the Ichimoku Clouds. If the USD/ZAR pair had moved further more upwards, then the 15.0056 resistance would have got activated.

The Greenback was heading south in the North American trading session, aiming to close the day on a negative note, making it a hattrick. Notably, the USD Index had attempted multiple times in the last few months to breach the sturdy 98.32 resistance. However, last week, the Greenback had made it happen, touching the 98.92 highest mark. Anyhow, since the last few sessions, the bulls appeared to shed their gains, handing over the control to the bears.

Today, the most crucial ISM July Non-Manufacturing PMI came out 2.61% below the market expectations. The market had expected the data to report near 55.5 points. Anyhow, the actual figures recorded near 53.7 points, luring the sellers. Nevertheless, a robust more-than-a-month old slanting ascending support line would have taken care of any drastic drop in the Index. Meanwhile, the upbeat July Markit PMI Composite and Services PMI ensured to limit the daily losses. The July Markit PMI Composite recorded 1.94% growth over the previous figures. Also, the Services PMI rose a 1.53% increment, reporting 53.0 points over market hopes of around 52.2 points. Meantime, the uprising trade tensions kept encouraging the bears, bringing down the Greenback.

On Monday, most of the EU members came up with their respective PMI data reports. Out of which, the market remained more concerned about the German and Eurozone data releases. Quite noticeably, the Eurozone July Markit PMI Composite data came out as per expectation, reporting 51.5 points. Anyhow, the German PMI slumped 0.98% this time over the prior 51.4 points.

Needless to say, Italy and France reported positive PMI data, expect Spain that missed estimates. On the technical chart, the EUR/USD was showing some resilient price actions, taking a bounce off the 1.1110 psychological support line. The Fiber kept marching upwards, breaking a 19-day old slanting descending support line. Even if the pair had attempted to climb more, then it could have encountered the overhead strong SMA conflux.