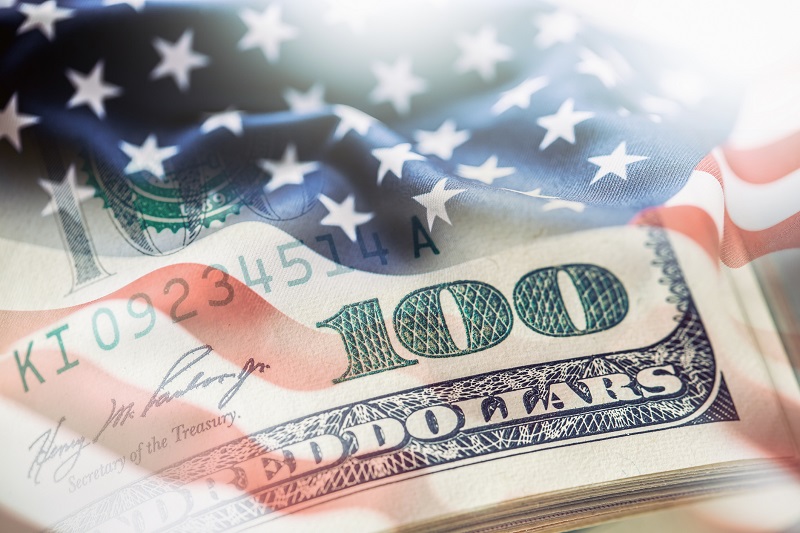 The Greenback kept the positive trend intact throughout the Friday session. Yesterday, the USD Index had already breached the significant 97.60 and 97.77 resistance levels. Earlier today, the bulls appeared to show reluctance to make a positive drift, staying near the 97.77 handle. Anyhow, on the backdrop of upbeat US Q2 GDP data, the Index unleashed the bulls to the upside. In the meantime, an 8-day old ascending slanting support line prevented any potential downside.

As mentioned earlier, the US Q2 Annualized GDP reported 0.3% higher than the market expectation of around 1.8%. The exciting part was that the market had set a bearish expectation over the Q2 GDP data. Despite that, the actual statistics recorded above estimates. Also, the Q2 QoQ Personal Consumption Expenditures (PCE) Prices recorded 1.7% above the market hopes of 0.6%. However, the Core PCE missed the market forecasts, reporting 1.8% over 2.0% expectations. At around 17:19 GMT, the Greenback marked the day’s high near 98.08 level.

Following USD Index fall in today’s session, rival EUR/USD pair appeared to remain drenched in the plunge. Since the start of July, the Fiber had hardly made an upturn, moving above the centerline of the Bollinger Bands. Two days back, the downtrend shifted gears and had broken the neckline of a head-and-shoulder pattern. Such a bearish price action continued to sustain even today. However, the firm 1.1109 support line confined the pair’s downside, limiting daily losses.

In the evening session, the Aussie pair was trading near 0.6902 mark, 0.72% down since the last closing.

The AUD/USD pair had already signaled for an imminent downfall continuation when it broke a 1-month old ascending slanting support line yesterday. The pair had successfully surpassed the 0.6912 support handle. However, the Aussie pair failed to make a further breakdown out of the stable 0.6903 support mark.  Nevertheless, the sturdy SMA conflux would have got activated if the pair had attempted for an upward drift.

The Loonie pair was underway a recovery path after prolonged sessions of consolidation. Notably, the USD/CAD was taking halts at the 4-day old slanting support line to climb new heights since last few sessions. The Canadian economic docket remained light-weighted amid lack of significant data releases. However, the favorable growing Greenback seemed to help out the Loonie pair too. The US Dollar Index aroused on the back of higher than expected US Q2 GDP figures.

Anyhow, the pair appeared to lean slightly downwards as Crude prices rose after the release of Baker Hughes US Oil Rig Count.  This time, the Baker Hughes report came around 776 over the previous 779. Meantime, the 50-day near term SMA crossed and moved above the 100-day medium term SMA. Such a strong move in the near term SMA had significantly bestowed today’s positive price actions in the USD/CAD.